The city center, as each year, will be full of crowds with white and red flags in their hands. You will hear sirens wailing with the maximum power. Torch fires and black smoke will shadow the blue summer sky. At 5 p.m. today, Warsaw, the capital of Poland, will stop for a long moment. The city will commemorate the most tragical event in its history that ended with a severe death toll and almost entire city area leveled to the ground. 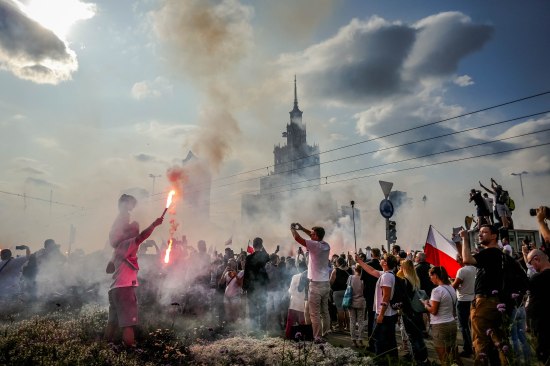 On this day on, 75 years ago, 1st August 1944, the Polish underground army raised against the Nazi Germans occupying the city. The street fights lasted for 63 days and ended with a tragic defeat. Thousands died or had been injured. To state an example, the German forces systematically razed the city, demolishing or burning almost ninety percent of its buildings and other infrastructure. The Soviet Russian forces pushing already the Nazi German forces back to the German territory stood quite close to the city but did not help out. Warsaw was on their own.

Later on, as World War II ended, and Poland was assigned to the Soviet block, the underground army soldiers were haunted down, tortured and killed by the communists. Many, who survived the uprising went through hell even several years after the war ended for most of Europe.