It has been several years since I saw a lot of snow at home. Frosty days around minus 20 degrees Celsius happen from time to time. But high snow lying on streets for longer than a couple of days is no longer common in Continental Europe unless you are in the mountains. Last time I saw much snow was as we were flying over the Alps on our way back home from Madrid. To feel winter in wintertime, you have to visit a mountain resort or go deeper North.

This winter holiday, we went over 2000 km North beyond the Polar Circle. It was still the Polar night season there. At midday on a cloudless day, you could have seen only some warm yellow light in the South. But it was it. No Sun over the horizon. Just twilight for five or six hours a day. Most of the day, it was nighttime. With the Full Moon above you, it was somewhat different. It was bright. You could have seen everything that was around you. But still, it was dark. Kind of a weird feeling. A wolf’s night. We saw dancing Polar Light ribbons only once. But for two or three days, the dark blue or deep grey sky changed its color to green. The nature all around us, with deep fjord waters surrounded by mountains, was tremendous, but terrifying the same time. A kind of severe place that for ages was minded by any civilization and barely inhabited.

Below, some photo impressions seen around 70 degrees North this winter. 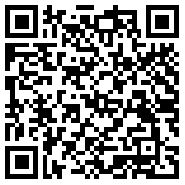