It is already some time that we been to New Zealand. We saw beautiful nature and breath-taking landscapes. We visited the Hobbiton movie set. We took a walk on a glacier. But somehow, we neglected the historical heritage of this country.

Of course, we knew about Maori. Who wouldn’t? It is common knowledge about New Zealand. But, only by sheer accidents, we realized NZ is also about the discoveries and the first settlers. Kind of obvious. But we missed it when planning our trip.

Graves of the first settlers in a fallen cemetery near the Golden Bay, Southern Island.

People posing as first settlers in a photo studio in Arrowtown, near Queenstown.

Once, we saw an old fallen cemetery with graves of the first settlers. The gravestones were true storytellers. We could have read when those people came to New Zealand, how they lived and when they died. Another time looking for a doctor, we took a side road to Arrowtown, a small city considered a historical one. It was looking a bit as American western-like. And in Christchurch, we saw typical English historical architecture. A kind of a revival Gothic and Victorian style. But you did not feel like in England. Besides some modern glass and metal buildings, they were surrounded by low buildings that, at first sight, you would describe as colonial style. Unforgettable mixture.

On one side of the street, you see an English building in revival Gothic made of grey stone like you would see in England and on the other side you see low buildings with siding walls. And suddenly you realize the place you are in is called Canterbury like Canterbury in England and that Christchurch is not about Church of Christ, but it is an original name of a traditional college in Oxford.

THE MAORI AND THE MUSKET WARS

NZ was traditionally inhabited by Maori. But they are not indigenous to the islands. They came to New Zealand in the 14th century from Polynesia. Through years they developed their own culture. They were not homogenous folk. They used to live in smaller or bigger tribes, some of them quiet and peaceful, and some engaging in conflict and warfare. Their life changed with the emergence of Western traders and whalers who sold them guns. They exchanged guns for produce but also for land. It was still before the regular colonization of the country began. Maori warriors who put their hands on guns raided Maori who still used traditional weapons. You could imagine what the outcome was. Some of the smaller or peaceful tribes came to extinction. This period is called the Musket Wars in New Zealand history books.

LAND ACQUISITION AND THE BRITISH RULE

So, the first who settled in New Zealand were traders and missionaries who cheaply bought land directly from the Maori. The New Zealand Company appeared on the horizon. As Maori never before sold land but rather conquered it, the acquisition process was not entirely clear to them. Some entrepreneurs under the New Zealand Company launched the regular colonization process of the New Zealand islands. They organized trips for English, ready to start their lives in a new country. For most of those who looked for a better life in NZ, this was a one-way ticket. But some of the sponsors we’re not interested in those who could afford their own land. They were interested in cheap labor building the new economy for them. For some settlers, a new life truly began. For some, it was a lifelong disappointment … Altogether out of 400,000 first colonists, 100,000 left New Zealand in later years.

Around 1840 the British Government decided to take stronger action. In fact, the English Crown treated New Zealand as their own from the late XVIIIth century, with the Maori having no idea about it. Consequently, an agreement between the English Crown and Maori chiefs from the North Island was signed (Treaty of Waitangi, 1840). The English called this agreement a sovereignty agreement. But there was a discrepancy between the English version of the document and the Maori text. For the Maori, the agreement was just about administering lands. The result was New Zealand Wars over land issues with regular English troops emerging on the islands. The land was taken from the Maori and no longer bought. The colonization was no longer to stop. The Maori impoverished and were pushed to the edge of New Zealand society. It took more than 120 years before some contractual clauses of the Treaty of Waitangi were respected.

Christchurch was one of the first regular English colonial settlements in New Zealand. In fact, this is the oldest city established by the English in New Zealand (from 1856). The first European settlers came to the area around 1840. The colonization process was officially and legally organized by Canterbury Association and sponsored by the Church of England.

The Canterbury Association bought land from New Zealand Company and yet resold it at a higher price to colonists reserving the margin for public infrastructure. The first 800 colonists arrived around 1850 on four ships with a mission to build a city around a cathedral and a college.

Christ’s College was established already as the first colonist arrived. It was and is an Anglican school for boys. It has its seat in a grey stone Gothic-revival complex of buildings neighboring the Canterbury Museum. For the first couple of years after the arrival of the early colonists, the College was localized in some barracks and wooden buildings. The first of the stone buildings called Big School was completed in 1863, followed by the Chapel in 1867. The works on the Christchurch Cathedral begun in December 1964. The Cathedral was completed years later in 1904.

Christ’s College students in their uniforms. You feel like in England. It was not possible to enter the internal yard but it can be well seen on the Google street view. You really can have the feeling you are in Oxford or Cambridge in England.

Due to two massive earthquakes in 2010 and 2011, some parts of the college and most of the Cathedral was damaged. The spire and the parts of the cathedral tower were destroyed. In 2012 a decision was made to demolish the remainder of the tower. The aftershocks continued to destabilize the building. The reconstructions of the Cathedral were postponed fore years, with the first revival works to begin this year.

The damaged Christchurch Cathedral. The fencing was already disassembled in preparation for the reconstruction works.

A view through the fence. You can clearly see the missing tower.

The spire carefully held in the Earthquake museum. In the photo, you can see the damaged tower before it was ultimately demolished.

THE MELT OF STYLES

In Christchurch the new or modern mixes with the old or traditional. The old might be not older than 150-160 years as the settlement was established in 1850. Bringing England to New Zealand did not work fully here. It is nothing like the European historical cities with architectural oversight. The styles change rapidly. Only several revival-Gothic buildings remain you of the English heritage. Below some pictures of the unusual architectural melt in Christchurch made within a short walk area. What you do not see in pictures is that after the earthquakes, the city center is a major construction area.

A revival Gothic building in the Christchurch old city center. One of many built this style.  What you cannot see on the picture on the other side of the street there are small wooden houses covered with siding. You can see them below on separate pictures.

The modern building of the Christchurch Art Gallery, not that far from the building on the first photo.

An old barrack, still in the very city center of Christchurch.

Yet another one seemingly historical building, but different style.

A tribute to Queen Victoria, on a tower close to the Christchurch city center.

The red brick construction still looking like a small palace building with corinthian columns. The building is located just to the right side of the revival Gothic cathedral. 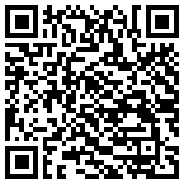