Estação de São Bento is a small but tremendously decorated railway station in the center of Porto (Portugal). The internal walls of the main hall are fully covered with traditional Portuguese tile work (called azulejos) depicting scenes of the Portuguese history. The pictures had been compiled of more than 20,000 single tiles in the early XIX century. The station is located quite close to the Liberdade Square in a one minute distance from the monument of Dom Pedro the IVth and less than a ten-minute walk from the Dom Luis the Ist bridge. The place is definitely on the must-see list while visiting Porto.

Azulejos is painted tin-glazed ceramic tilework widespread in Portugal and Spain. In Portugal, you will find them outdoors and indoors on walls in private and public buildings. (For somebody, who is used to tiles only as decoration in bathrooms or on floors as in many other European countries, it is a bit unusual). The variety of azulejos reaches from simple reproduced white-blue tiles to big detailed pictures that are indeed real pieces of art (like those at Sao Bento station). Similar kind of tile work has been traditionally produced in some other European countries (like Italy and the Netherlands). As this kind of tile work origins from Moorish culture, it was indeed first applied to the Iberian peninsula.

If you want to know more about azulejos and during your Portugal journey, visit the National Tile Museum (>>>) in Lisbon. The museum is located in the former Convent of Madre Deus. As convents were banished from Portugal some time ago, it is a state museum. Following the visiting route, you will see how the art of azulejos and its techniques developed with time. 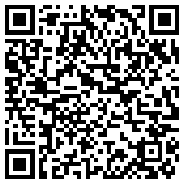