Within the Orthodox and other Eastern Christian traditions, lavra is a type of monastery consisting of a cluster of cells or caves for hermits, with a church and sometimes a refectory at its centre. The Monastery of the Annunciation in Supraśl is a large complex of buildings, the centre of which is, at first glance, an inconspicuous church building (on the photos left/above).

Although the Monastery is currently a functioning religious centre, it seems that its whole back part around the main church is used for cultural and educational purposes by the local authorities. There is also a small hotel on the premises, an icon museum and a museum of paper and printing. The latter is a small museum equipped with a complete set of old paper production and printing machines. It is located in two halls of the monastery at its back. The old machines are still working. You can see the entire industrial process, from making pulp paper to printing and stapling a book performed and explained by a guide (a post still to come). Some time ago, Supraśl was an industrial area with, among others, its own paper mills and printing activity, developed by the Monastery. Its printing house was established at the end of the 17th century. The Monastery published 350 titles in many languages, including Ruthenian, Polish, and Latin, for over one hundred years of its printing activity.

We drove to the Monastery for the first time on Saturday evening. A mass was taking place. There was no possibility of sightseeing its main church. It was to be open for sightseeing from noon on Sunday. When we arrived on Sunday a couple of minutes before noon, I had trouble finding a parking lot. Besides, there were several coaches near the Monastery. At first, I thought we wouldn’t get into the first group of visitors. However, when we approached the Monastery’s gates, it turned out that the group willing to visit it was small. Only after a few hours, when we went to visit the museum of paper making and printing, I realised that these crowds of people were parents with children who took part in a chess tournament at the cultural centre located at the back of the Monastery. I only realised why the group willing to visit the church was that small when reading the history of this Monastery. Its full renovation took place two years ago, and many people simply don’t know how beautiful its interior is.

The interior of the Monastery is not old because the Monastery had to be rebuilt from scratch after the destruction of World War II and some other trouble. The full reconstruction of the church and its historical frescoes took place only from the 80s of the twentieth century. They sped up since 1996 when property rights to the Monastery and its churches were returned to the Orthodox Church. The restored church was consecrated only in 2021. The frescoes were restored with great care, making the interior a real work of art.

The first wooden Church of St. John the Evangelist (today called the winter church) and the second larger Church of the Annunciation were built at the beginning of the 16th century.

The Monastery was rich thanks to donated forests, fields, pastures, and entire villages where flour, beer and other goods were produced. In addition, agriculture, fishing (own fish ponds), and industry developed around the monastery. Over the years, a mill, a brewery, a bakery, a brickyard, a sawmill, a pottery shop, a paper factory, a tile factory, and sheets and cloth workshops were established around the Monastery. The funds at its disposal enabled the Monastery to decorate its churches with rich frescoes. A replica of those we may admire today.

The Monastery also had an impressive library with manuscripts and books donated by the nobles and written or rewritten books in its scriptorium.

However, at the turn of the 16th and 17th centuries, an attempt was made to subordinate part of the Orthodox Church to the Catholic Church. The rich Monastery was an obvious target. Consequently, in the 17th century, the Monastery and its churches were managed by the Catholic Basilians Order of the Greek Rite. The beautiful frescoes that covered the church’s interior in the 16th century were repainted. At that time, the Monastery lost its religious significance but continued its extensive economic activity and grew rich. It was at that time that the monastic printing house developed for good.

After Supraśl found itself under Russian rule in the 19th century, the Monastery was taken over by the Russian Orthodox Church. In mid 19th century, a large part of the Monastery’s buildings and industrial activities fell into the hands of a wealthy factory owner from Łódź, Frederick Wilhelm Zachert. He moved his textile factories from Łódź to Supraśl to avoid Russian customs duties. He bought or leased from the state over 200 buildings belonging to the Monastery. He contributed significantly to the economic development of Supraśl, but he lived in disagreement with the monks. Along with the development of the textile industry, several thousand Catholics and Protestants came to Supraśl, which meant that the Orthodox community lost its importance.

After many years of decline, however, some people fought to restore the Monastery and the religious and social activities carried out in it. The Orthodox monks attempted to restore the old frescoes, but they did not manage it as the war came. During the I World War, they had to flee to Russia. Unfortunately, they took the Holy Icon of Our Lady of Supraśl with them. The icon was finally lost in Russia. The image that can be seen in one of the photos below is hence a copy of it. They also took all the books and other valuables kept in the Monastery. Then followed the times of Polish nationalism full of hatred to all that was Russian including its religion, the outbreak of the Second World War when at its end the Monastery church was razed to the ground and the times of communism until the end of the 1980s.

The tour around the church can only take place with a guide who is one of the local monks. Photography is officially not allowed inside the Church. However, if you make your photos discreetly without disturbing others and the inside quiet, then you can. Anyway, at the very end, when most of the people left, the monk giving us the tour allowed us to take pictures of the empty interior. Later, when we asked him to show us the interior of the winter church, he let us in and allowed us a quick photo session. The winter church (the older but also restored Church of St. John the Evangelist) is located in the left wing of the Monastery building. Masses were held there in winter, as the large church was difficult to warm in frost. Below you can see photos I made during the one hour tour.

The interior look at the entrance and straightforward on the church inside. Still without looking up and around. It is the first impression as you enter it.

Orthodox churches are completely differently equipped than Catholic or Evangelical churches, which we are used to in most Western and Central Europe. Because it was my first visit to an Orthodox church live on the spot, I cannot judge how much its decor goes beyond the standard. Judging by the descriptions on the Internet, however, it seems to be one of the most beautiful objects of this type in Poland. When you enter, you rub your eyes in amazement. All ceilings and walls are painted in all possible colours. There is a lot of gilding, but it does not dominate the colour palette. You don’t know where to start, what to look at, how to take pictures, and which details. To admire and take pictures of all the paintings and details, you must spend a good few hours in this church. However, the visit only lasts an hour.

Looking up at different angles of the vestibule and in the main church. Put attention to the huge chandelier hanging from the ceiling.

A few clippings of frescoes on the walls. The photos are quite large so you can do close-ups after clicking on them.

the interior of the winter church, i.e. the church of St. John the Evangelist. One of the photos shows the icon of the Mother of God donated by Patriarch Cyril. 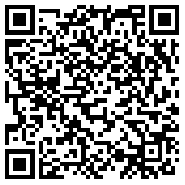