Located in Portugal (see map). Medieval. Gothic. Huge. We took a narrow street, saw some trees, circumvented a long building, and stopped at an entrance to a church with huge stairs and were told that the monastery accommodated 1000 monks. First, I did not give it too much thought. As we entered, I was surprised – because it was indeed huge. Back home, I looked through photos available on the internet. I understood why I was surprised. The building is located in the city. Its construction is widespread, so the size of the church is hidden at first sight.

The monastery belonged to the Cistercian Order. First monks moved in 1223. Moved out in 1834, together with other orders after the dissolution of monastic life in Portugal. There are not many pieces of art inside, as it is the case in Catholic churches. The most beautiful are two tombs of King Pedro I and his beloved mistress Inês de Castro sculptured in the so-called Manueline style (Portuguese late Gothic).

The monastery itself looks very impressive. Walking through chambers, we saw that the monks lived in a community. One dormitory accommodated even 200 monks. Only the highest in rank had separate chambers. The next day we visited another monastery of the Templar Order (>>>). In Tomar, each of the monks as well as of the novices had a separate cell. So, we felt the difference. The Cistercians were simple monks devoted either to writing or copying of books or to agriculture. They were workers (>>>). The Templars were knights.

A fascinating place to stop was the kitchen covered in azulejos, with an enormous chimney, massive sinks, and a small basin. The kitchen was built in this form in the mid-18th century. Water and fresh fish were diverted from the nearby river Alcoa to the kitchen basin. The water is still running.

The monastery is on the UNESCO list of the World Heritage Sites. 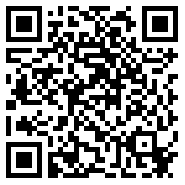