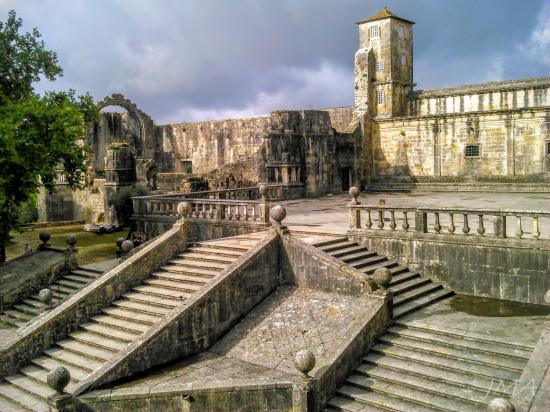 Portugal dissolved the religious orders in the XIX. But still, journeying in Portugal, you can visit the buildings of former monasteries. One of them is the Convent of Christ or merely the Templar’s order monastery in Tomar (see map). To be precise, the Military Order of Christ was the Portuguese successor of the Knights Templar after the latter was dissolved by Pope Clement V in 1312. Unlike in other countries, where the Templars were persecuted and executed, the Portuguese king protected the former knights Templar.

Templars were quite a wealthy order. You can see that visiting the monks’ cells. Each of them, as well as each of the novices,  had a separate room. In winter, each room was heated thanks to a heating system pushing hot air between walls. 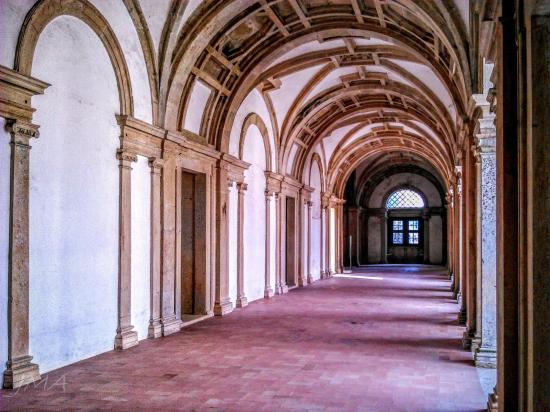 The church /chapel is of a bit unusual construction. The altar is located in the center of a round building. The guide told us that it was even possible for monks to participate in a mass while sitting on horses. 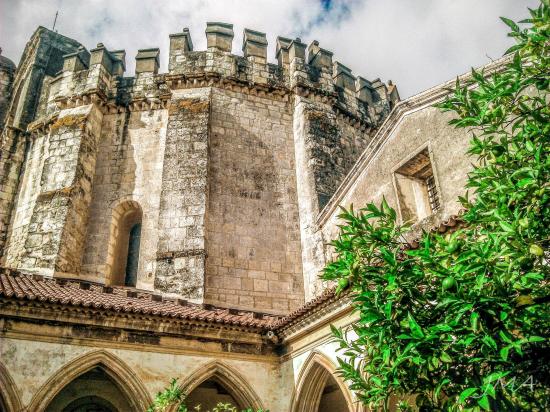 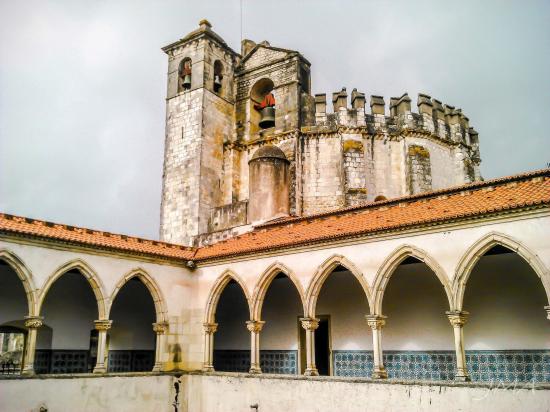