The boats at the Rio Douro is one of my favorite pictures of 2014. It is a view onto the Dom Louis I bridge between the cities of Porto and Vila Nova de Gaia (Portugal) (see map).

The construction of this 385 m long bridge began in 1881. The upper deck was opened on 31 October 1886; the lower deck opened in 1887. The Dom Louis bridge is one of five bridges linking the high and rocky banks of Rio Douro (>>>). To see them all, we took o tourist boat – a service that is offered for tourists on a regular basis.

The banks of the Rio Douro are densely inhabited. Some of the older houses seem to be constructed one above the other gradually. If seen from a boat the panorama is quite picturesque.

Lately, I was talking to a professional photographer who just came back from Portugal. He prefers BW or soft colors.  But his pictures of Porto’s Douro (the river) banks were … colorful. He told me it was not possible to make them otherwise. Somehow I agree, although – regrettably – my only equipment in Porto was a cell phone. 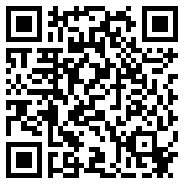