November the 11th is in several European countries (as well as in the US and the Commonwealth countries) the national holiday. Even if it is not a holiday, it is the day when different kinds of celebrations and commemorations are taking place. In the UK and the Commonwealth, it is called Remembrance Day, in France and Belgium, it is Armistice Day, Independence Day in Poland and Veterans Day in the US. In each of those countries, the celebrations or commemorations differ, but all of them have the same origin.

The 11th November is a symbolic date of the end of World War I. On this day on in 1918 in the early morning midst of a forest North of Paris an armistice (a formal agreement to stop fights) was signed between the allied forces and Germany. The agreement was supposed to enter an effect on the same day at 11.00.

Ferdinand Foch, the French marshal, the signatory of the armistice on behalf of the allied forces. A statue in Paris.

In most countries (except for Poland) 11th of November is associated with commemorations of soldiers who fell on battlefields of World War I as well as other wars or fronts. Because of the first time usage of machine guns, tanks and aircraft at that big scale, the number of dead and wounded among soldiers in WWI was extraordinarily high and unprecedented in human history. Not accustomed to the new way of fighting many commanders decided to use tactical moves that as well increased the death toll. The XIX century military tactics were not prepared for the XX century warfare technology. Only the Verdun battles cost 160 thousand dead and 240 thousand wounded on the French side. Germans lost 100 thousand soldiers. Another 250 thousand were injured.

In Poland, as in other countries, there is a wreath-laying ceremony at the tomb of the unknown soldier. Still, the main celebrations are about independence that was regained after more than a century of foreign dominance. The planned armistice facilitated the developments in Poland. The main hero celebrated on that day is marshal Pilsudski, who three days before the Armistice was released from a German prison.  On 11th November, accompanied by his soldiers, he entered Warsaw, the capital of Poland. On the same day, he proclaimed the independence of the Polish state. 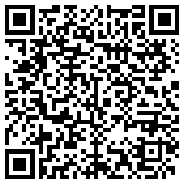