“Ich bin ein Berliner” (I am a Berlin citizen) were the famous words spoken 1963 by the American president John F Kennedy in West Berlin. The gesture and the whole speech were considered a response to the erection of the Berlin Wall. On the picture below a small piece of the Berlin Wall with a graffiti portraying JFK.

A small piece of the Berlin Wall with a graffiti portraying JFK. The piece was, or still is, on display in front of the European Commission HQ in Brussels. (I made this photo on October the 10th.)

Today we celebrate the 27th anniversary of the opening of the Berlin Wall (9 November 1989), a step that for many of us was the symbolic end of the so-called Cold War and the beginning of the German unification that took place a year after in 1990 on October the 3rd.

As the countries of the Eastern Block led by Poland and Hungary (countries that after World War II were assigned to the Soviet Russia protectorate) started in 1989 their final march towards independence, the Berlin citizens did it, as well. A couple of weeks earlier, Eastern Germans started to claim asylum in West German embassies in Hungary, (former) Czechoslovakia and Poland. The events were transmitted throughout Europe. Historians would have probably a more sophisticated explanation, but as far as I can recall the public pressure from inside and outside was that hard that the Eastern Germany authorities had to give in. They decided to lessen the border crossing procedures. The new regulations were announced on the 9th of November. The same evening crowds gathered at both sides of the Wall. Spontaneously, some people started to dismantle it. And … it just happened. The border was open. Before the bulldozers were officially brought to dismantle the wall, many of its pieces were taken by people as souvenirs. 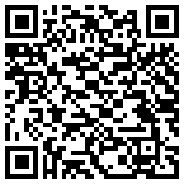