Famous people are usually known because they are known or because they did something extraordinary. But only a few people though years of history did that much tremendous and that much controversial as this one man. Napoleon Bonaparte.

His world story began as he, a Corsican child, went to France to attend school. He was good at mathematics, but also read much. Later on, as he was around twenty, a revolutionary discovered his political and military talents. He spent much time on battlefields, but later on, he was thrown into high politics. Became the First Consul and then the French Emperor.

Although some of his reforms might seem controversial from today’s point of view, he did much good. He sent all children to school no matter the social class and parents’ wealth. He codified civil law. Restructured the public administration that was failing in the first years after the French revolution after the old order was destroyed. He put a new light onto the public service in the field of diplomacy, public finance, civil engineering, etc.

For different reasons somewhere between personal ambition and the country’s need to defend against the powers abroad seeking back the old order, or because the French thought that the country’s development should rely on expansion, he engaged in military campaigns that led him to conquer Europe. He made strong allies (the so-called Napoleonic Wars), reached Moscow, even captured it for a short period but finally failed under the Russian cold winter.

When we look at all of those campaigns from today’s perspective, it was simply no longer possible to maintain such a widespread empire. Europe still needed more than a century and a half to come to terms with the interests of all countries and nations that live on the continent. The process took years of bloodshed of the two cruel world wars. Still, the Napoleonic campaigns brought for the first time many (but not all) of the European nations to the negotiation table. The Congress of Vienna (1815) was not held at one negotiation table. It was instead a series of more or less private meetings. But still, it was unprecedented.

After a series of military and political defeats, Napoleon was banished and sent to the Isle of Elba. He came back to Paris for 100 days. Later he was exiled again and spent his final years on the St. Helena island among his closest brothers in arms only. 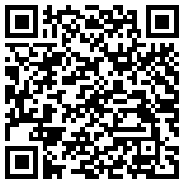