Japan, already a year ago. But looking through my original photos, I still discover petty memories that summed up changed for good my initial comprehension of Japan and the Japanese society.

During our two weeks trip, we spent four nights in Tokyo. Each of those days sooner or later in the evening, we went to Shinjuku, which is a special ward (kind of district) of Tokyo known for its nightlife. In popular language, Shinjuku is the area in the neighborhood of the Shinjuku railway station (considered the biggest in the world). People enjoy there the nightlife or to be precise late evenings as most commuter trains depart around midnight. People come there straight after work.

THE LIGHTS OF SHINJUKU

The first thing that attracted our attention as we arrived there for the first time was the street views full of colorful neon advertisements and the atmosphere, the noise, the crowds, and the party feeling. Below some pictures.

The streets of Shinjuku during night-time, only a few of many.

THE CITY OF CONTRASTS

If looking closely, Shinjuku is a place of contrasts. At first sight, the streets have a modern fleur. Office building, quite many lights, modern transport infrastructure including railway flyovers, very modern underground passages. In quite close neighborhood from the ‘neon’ streets, there are many elegant office skyscrapers and other office buildings like those on the photo below.

But if you look closer and visit some side streets full of small izakaya (restaurant and pub all in one), which are usually full of locals and tourists enjoying delicious food and alcoholic drinks you will see pictures you do not expect to see in that kind of modern place. They look like out of a different world.

An entrance to an izakaya in one of the side streets of Shinjuku. If you look closer on the left upper corner, you will see a small fragment of a railway flyover. The office district you can see in the picture above was just behind it. Would you believe it?

The inside of a small izakaya. I did this picture from the street, a quite narrow one, maybe of two meters width, quite close to the main roads that can be seen in the series of pictures above.

Of course, not all izakaya and restaurants look like that. Most of those in the main streets have quite a regular look. You will also find there many international and Japanese chain restaurants.

Inside a more regular Japanese style izakaya. The first one we visited in Japan. In one like that you will be asked to take off your shoes. I photographed it as we were about to leave. Only a quarter before the room was full of Japanese enjoying a drinking party. If you look closer, you can see the frames when movable panels may be installed. This way, the open space may be turned into private lounges. They are of course not soundproof, but still, you are among yourselves

In all Japanese izakaya, you may drink sake, which is the traditional Japanese rice wine. Unlike typical wine, sake is produced in the brewing process (and not by fermentation). Sake may be drunk either cold or hot (warm). In most restaurants during our journey, we were served sake in simple glasses. However, while in Shinjuku, we visited one izakaya, where we knew the sake was served traditional way. We wanted the experience.

We decided to try the sake served cold. The glasses were first put into small boxes. Then sake was richly poured into glasses, so it overran the glass edge. First, we were supposed to drink that what was inside the glass, then we drank the sake that overran either directly from the box or from the glass after pouring it back into it.

A small hint: In Japan, you theoretically do not give tips. However, you are served some small appetizers of your host, choosing like the one on the picture, for which you will be billed.

Japanese drink much alcohol, one may say too much. However, the alcohol consumption per capita in this country fell in recent 20 years or so. Tokyo ranks top on the alcohol consumption map. Drinking parties, among co-workers, are considered as a way to bond and build a team. Although Japan is quite low in international comparisons that assess the consumption of pure alcohol per capita (around 70th position), looking at that what is going on in Shinjuku one can only confirm the opinions that the Japanese have a drinking problem. Our observation was that unlike here at home (our country ranks much higher in those ranking lists than Japan), this may lay in constant drinking parties (a couple of those a week) and weaker heads. But this is only speculation.

White-collar, who seemingly missed the train home. I made this picture in one of the major Japanese cities at the entrance to bank premises. Around 8 am.

The late trains from Shinjuku are full of more or less sober people. But often you can see white collars indeed very drunk, barely keeping straight. Sometimes they do not manage to take the last train like this one on the picture. The view like that is rare, but not unusual. 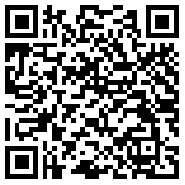