Excited about Northern Norway and the Polar night I have entirely forgotten to make a note on the bit different New Year’s Eve that we spent there. And the night was quite a one!

Although theoretically, I still enjoy my sabbatical from the regular work routine, from time to time, I do some expert work. Sometimes under a severe time constraint. On the day of my departure to Norway, we finished (a team of people working in different locations) about 4 am. Somehow I managed to pack my things in between. After around six hours of sleep, and pretty exhausted, I went to the airport at noon. Thankfully, on a day with no traffic jams, it is only ten minutes ride for me. All my companions however departed by cars earlier that morning.

We were all supposed to meet at the airport of Gdansk (Northern Poland) to take the evening flight to Tromso – the biggest city in Europe located beyond the Polar circle. After we met in Gdansk, we spent some two hours enjoying each other’s company and delicious supper in the vicinity of the airport. I was that tired that a glass of orange juice with a shot of vodka was sufficient to put me asleep in the aircraft. It was for good, for after we landed, it took us around three hours and quite a ride to get to our final location. The New Year’s Eve just began.

One of the first views we enjoyed after landing in Tromso. A bridge over fiord waters. City lights all around us. The New Year’s Eve just began

As we got to our rented cars at the airport, we realized that we would not fit into them with our luggage. After some geometric work, we managed to place our bags in the trunk and on the sit neighboring the driver with three of us crammed into the back seat (in both cars the same). All of these with eighty kilometers to drive in winter conditions at night. As we departed, I had a weird feeling. But on that evening and the following days, it turned out that the small, almost invisible spikes put on tires in Norway and reasonable speed limits make the road trip quite safe even if snow and ice are not removed by road services.

Mountains, snow, and ice over fiord waters under the almost full Moon. On our road to Nordkjosbotn. A photo was taken two days later

On busy days things accumulate somehow. During our ride, I got a message that a good friend of mine gave birth to a child. Although Norway is not a member of the EU, the EU roaming rules apply. So without hesitation, I called the friend who passed the message to me to know more. Snow, quite much snow, was all around. The road was empty. And I was happy for my friend.

The house we rented in Nordkjosbotn 80 km south of Tromso was very inviting, spacious and warm. There was a fireplace in the living room. Much firewood was left for us by our Landlord. We packed our things out. As Norway is a relatively expensive country, we brought much food with us. So we were independent of the local supplies. We ended our long evening with supper and a sip of wine. Although it was a couple of days after Christmas, I had a real Christmas feeling.

Houses typical for Norway. We lived in one that looked like those on the photo.

On New Year’s Eve, we departed around eleven to look around in the vicinity of our house. As during the Polar night, the sun never reaches this place, the daylight time is about five hours. With limited day-light time, we just drove around twice stopping for a photo session. During our stay, we saw many tremendous views. But the number of places one could stop the car safely was limited. Still, I think all of us were happy about the photos we made on that afternoon.

Just a few photos I made during our two day-light stops on New Year’s Eve.

After three hours, we drove back. I enjoyed the common meal. As we were still tired and a long night was before us, most of us fell asleep. Around seven, we grabbed a bite and went to see the fireworks in Tromso. We planned to find a suitable location for shots, make some trial photos, go to a restaurant, and come back to shoot fireworks. The plan did not work out. The evening turned out to be even better. The first location we selected was not that we wanted. It was cold. Two of our companions decided to look for a restaurant. The six others went uphill to find a higher perspective.

We found another location. Reaching it was a bit of a challenge, as we had to climb a steep heel in the snow sometimes reaching beyond our knees. Later, it turned out that there was another path leading over there. At the moment as we placed our tripods and started to make first trial photos, a green belt appeared in the dark sky. After ten or fifteen minutes we saw dancing ribbons of polar lights. Although most of our team were very experienced photographers, and one of us made many time-lapses, I think no photo or a film we did can genuinely reflect the ribbon dance we saw. I put my camera on long exposure but watched the spectacle with a naked eye. It was close to eleven. Although we were chasing the polar lights in the next days, it was the only time we saw this kind of spectacle.

The polar lights – the other kind of fireworks on New Year’s Eve. You can only watch and wonder. The photo is a long exposure of 30 seconds

As it was over, we joined our friends for supper. And we found ourselves on the New Year’s Eve … in a Nigerian restaurant beyond the Polar Circle. The mood was happy all around us. Several guests were dancing to some African rhythms. As we had only a bit over half an hour to get out to photograph the fireworks, we ordered meals we knew. Ultimately, I enjoyed spaghetti carbonara served by our Nigerian cook with … ham instead of bacon. Nevermind. It was delicious.

As it was already quite late, we finished our New Year’s Eve supper putting on clothes on and packing the cameras in a hurry. We run to our car. It was ten to midnight. After a five minutes crazy drive with –  as you can imagine the car navigation that just failed – we managed to come back to the location we selected earlier. By accident, we parked on the more accessible approach to the hill. I managed to install my tripod as the New Year’s counting started. For the next ten minutes, we enjoyed fireworks unleashed at the top of a mountain that spreads over the city.

The New Year fireworks in Tromso

Technically we had it all. The Polar Lights and the fireworks. But the night was still young. We decided to chase further the Polar Lights and drove around forty minutes deeper North. We stopped at a small parking place at a fiord coastline. It was dark around us, and the Moon was full, putting its light onto dark waters and snowy mountains. The silence was overwhelming. This was the first time I realized the power of the natural environment around me. The views were frightening and breathtaking at the same time.

We put up our plastic glasses filled with some cherry vodka and hugged each other somewhere in the North beyond the Polar Circle. The New Year just began. We drove further north for some time. It was around five am as we came back home. The New Year’s champagne was for breakfast.

A photo gallery on Norway >>> 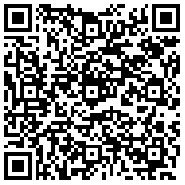