Some time ago as we spent some winter days in Northern Norway beyond the Polar Circle, my initial notion was that we would travel to the cold and austere land, that made the Vikings as strong as they were. But on-site, digging the Wiki I realized that I was absolutely wrong. No, Vikings did not settle there.

Northern Norway in winter, with only a couple of hours of daily twilight, through most of the day is dark and cold. We were there around the full Moon – no, the nights were not dark at all. The moonlight was powerful as it would like to compensate for the lacking sunlight. You saw, what was around you even on the far horizon. But on a day, when there were clouds in the sky with the Moon low somewhere beyond a mountain and no settlements spreading the artificial lights for miles, you did not see a thing.

Besides, the area is mountainous with fjords of cold water crossing the land here and there forcing you to take long round ways. No, the day-to-day life under those conditions, although not impossible without modern infrastructure, would be difficult during the polar night.

So, for many ages besides the indigenous Sami people, only a few Norsemen dared to settle there. The exception would be coastal West-Northern Norway, including Lofoten located under the warm Gulf Stream influence. Considering the high latitude, the temperatures even in winter are quite mild ones there. It was probably also correct for the Viking ages as from mid-X to mid-XIII century Europe was going through the so-called Medieval Warm Period. It is said that the Northern Hemisphere temperatures of those ages were comparable to those of the XX and XXI century.

The Vikings homeland was thus lower Scandinavia, the coastal Northern Norway on Lofoten and a small continental region under the Gulf Stream impact. Although much land was available in Scandinavia, the Vikings did not settle there. Their interest was in the South.

The harsh climate and topographic conditions are, however, only one of the explanations, why Vikings preferred to sail and conquer to the South. There are several reasons given by historians for this. Besides territories held firm by the Saxons or Charlemagne (>>>) and his descendants, Europe had its weaker spots like present British Islands,  Northern France (Normandy >>>), or some Slavic territories (present-day Ukraine). They were comparatively easy targets to conquer and settle in. The climate and geography there were not as severe as in Scandinavia. Life was simply easier. The Viking expansion included further settlements on Iceland and Greenland as well as some presence in Southern Europe vulnerable after the fall of the Roman Empire (>>>).

Some raids to the South were also for revenge for battles lost to the Saxons or the Francs. A simple reason would as well be that the warriors needed women, and the only way to find wives was to enslave foreigners. And still, the other purpose, an important one, would be the economic development through trades. In the latter case, besides the exchange of the goods, the Vikings engaged, however in less honorable activities.

In line with a shared understanding, Vikings were warriors. But many of their undertakings was not just engaging in battles. They were sailors and merchants. But they were also pirates, who raided the coastal cities and villages taking hostages. The kidnapped people were later sold as slaves. Vikings are thus to a vital extent responsible for the revival of slave trades in England in the early Middle Ages with Bristol and Chester as the major hubs (>>>). It was however also a Viking descendant, the Norman King William the Conqueror, who abolished slavery for good on the British Isles.

Watch on YouTube illustrated by my Northern Norway photo gallery 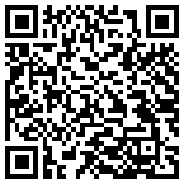