2018 By justmovingaround in History Tags: Manuel I, manueline, Order of Christ, Portugal, Templars

It sounds like the title of a romantic plot. But it is not … Although the first time used in the XIX century, Manueline refers to a late Gothic architectural style prevalent in Portugal in the early XVI century. The style is extremely decorative. Its main feature is opulent ornaments. You can only imagine how labor-intensive and hence costly it was. You will recognize many oriental and maritime influences, and if you look more attentively – the cross of the Order of Christ (former Templars) put in between other ornaments. One of the most prominent examples of buildings decorated Manueline style is the Tower of Belem on the shore of the Tagus river in Lisbon. It was built as a fortress to protect the Lisbon from the attacks from the sea.

Tower of Belem, at the shore of the Tagus river. Originally it was built on an island in the middle of the Tagus. Due to earthquakes, the alignment of the river changed, bringing with time the tower closer to the shore.

But now let us link the dots. Manueline derives from a name. King Manuel, I of Portugal, called the Fortunate, ruled Portugal in times as the first fruits of the Discovery Age brought fortune to the relatively small Kingdom of Portugal. The receipts from trade with India and Africa allowed financing the tremendous and highly decorative architecture. King Manuel, I was the one who commissioned the works, hence the name: Manueline.

The Age of Discoveries began only half a century before Manuel’s coronation (1495). These were the times of his grand grandfather’s reign. But it was his grand-grand uncle known by the name Henry the Navigator, who organized and financed the first Portuguese expeditions (>>>). Later on, the Portuguese sailors discovered the sea route to India (eastwards: Vasco da Gama, westwards: Ferdinand Magellan), Brazil (Pedro Álvares Cabral). While doing so, they seized for Portugal trades with several African countries. (The Age of Discoveries was highly profitable for the maritime powers. We must not, however, forget its shadows for the local communities.)

Now, you may ask how the Templars, the military order brutally dissolved 1312 on charges of heresy fits in the story.

Monastery of Batalha, Henry the Navigator burial site. Do you see crosses built-in in Manueline ornaments?

The Templar’s were haunted, tortured, and killed throughout Europe. It is common knowledge that the French King and the Pope wanted to confiscate their various assets and properties. The heresy was just an excuse. This is, however, not true for the whole of Europe. The Portuguese king refused to prosecute the Portuguese Templars. He gave shelter to Templars from other countries, who escaped the haunt. He revived the order under the name Order of Christ (preserving its military status) and negotiated with the Pope that they would keep all of their assets and properties (>>>). In 1420, a Portuguese king’s son Infante Henrique of Portugal, the one who will later be called Henry the Navigator, became the Grand Master of the Order. Initially, he used the Templars money to finance his ideas and expeditions. Later on, the expeditions had been funded from trade taxes. The Order of Christ played quite a role and was the one who profited much. Needless to say that Manuel I himself was the Grand Master. Magellan, da Gama, and Cabral were among the knights, too. 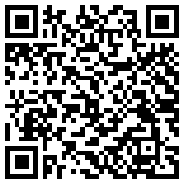