Due to the increase in railway traffic, at the beginning of the XXI century, further reconstruction was needed. This time the works had been carried out on the station train yard. The station was rebuilt into a through-station with tracks located at two additional underground levels connected by a newly excavated tunnel. This way, the original width of the train yard was kept.

Intercity platforms are located one directly above the other. It is quite impressive, especially if you first time get out the train at the lowest level and move up on the stairs noticing trains stopping on the upper floors. Altogether the station has four levels with trains terminating at the + 1 level and going through at -1 and -2 level.

Below Antwerpen Centraal in pictures.

THE WAITING HALL WITH THE DOME

THE INTERIOR SEEN FROM THE TRAIN YARD

To my Belgium Photo gallery 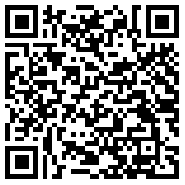