The baroque facade of the royal palace in Wilanow, a municipality of Warsaw, Poland. Wilanow is one of Warsaw quarters, formerly a village where John III Sobieski (the one who commandeered the battle of Vienna >>>) built his summer residence. The palace, with an extensive park, rebuilt and reconstructed after the war struggles, is still the very center of this part of the city. The Wilanow Palace is told to be a nobility house, an Italian garden villa, and a French palace in the style of Louis XIV all in one.

Baroque is a European style of architecture, music, painting, sculpture, and other arts predominant from the early XVII till the mid-XVIII century. Its late version is even more decorative as baroque itself is called rococo style. The baroque style emerged in Italy, promoted at first by the Catholic Church.

Baroque art in most of Europe is extravagant, detailed, of deep contrast and color. It aims to deceive the eye by optical illusions to create three-dimensional views. The exception is France, where baroque style is more decent, classical-like, and less ornate. 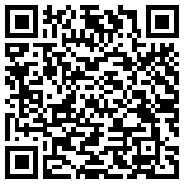