Japan, already a year ago. But looking through my original photos, I still discover petty memories that summed up changed for good my initial comprehension of Japan and the Japanese society.

As professionally I deal with transport and infrastructure economics, one of my special interests all around Japan was its transportation system. And already on our first day in Japan, I got quite a nice experience pack.

A photo made a couple of days later. The very impressive entrance to the Kanazawa railway station.

A JUMBO JET ON PILED PIERS

My first ‘wow’ happened as our aircraft was rolling alongside the taxiway at Haneda, the Tokyo airport. Haneda is ranking the fifth busiest airport in the world. I was aware that because of the increasing traffic the airport had to be extended several times. At a certain point, this was possible only by additional land reclamation. That what I did not know, was that the airport runways/taxiways were built on a combination of reclaimed land and piled pier sections. Our jumbo jet indeed moved on a taxiway constructed upon piled piers!

The first thing we had to do after we cleared the airport closed area was to claim our Japan Rail Passes (or shortly JR Passes). (We paid for them earlier at home.) The JR Pass is a document that for a lump sum paid upfront allows traveling by most Japanese trains without limits within a certain period of time, for which the pass was bought. Only a couple of times we had to pay some additional amount to use a Shinkansen (high-speed) train.

As I understand, the concept of the JR Pass is about making the railway transport affordable to those, who come to visit Japan. Almost all of us traveled on a tourist visa. Only our guide/interpreter was supposed to stay longer upon a working visa. This excluded him from the JR Pass system. Each time he had to pay the full ticket price.

As a tourist with a JR pass issued on your name, you can use all Japanese Railways (JR) lines for a lump sum up-front payment. However, you must be prepared to pay an additional fee in some Shinkansen (high-speed) trains. You must also reserve a sitting place. The JR pass is not valid in metro trains.

The tickets were expensive even if compared to Western European standards. Railway prices in European countries differ. But two months later I paid less for the Eurostar ticket (from Paris to London) than he paid for even shorter Shinkansen trips in Japan.

As I understand, most employers in Japan offer their employees (on a regular contract) a travel allowance (for commuting purposes) that is tax-deductible. Without it, even the Japanese would not be able to afford the train tickets.

The tickets are expensive because unlike in Europe the Japanese railways are not subsidized. The European authorities subsidize railways upon the assumption that passengers can afford only tickets that pay for train operations as well as regular maintenance of infrastructure. In the case of commuter trains, this would be even less. But if ticket prices had to include the investment costs, including building new infrastructure, upgrading or heavier repairs, the prices would be prohibitive. In Japan, the problem was solved by means of privatizing the railway companies, that are allowed to keep a relatively high price of railway tickets. On the other hand, the government grants the employers tax deductions on travel allowances they pay to their commuting employees (indirect subsidy). Besides that, the railway companies are given incentives to finance their railway business through other business activities with higher rates of return (like housing).

PEOPLE IN WHITE GLOVES, QUEUING AND THE MUSIC PLAYING

Of things that are noticeable at first sight about the Japanese railways is that there are relatively more employees working in the passenger service (than in Europe). You can recognize them easily as they wear uniforms and white gloves. The other thing is that on most railway platforms there are marks on the floor indicating the place where the passengers should queue. So it is the role of the train driver to stop the train so that the door opens exactly in front of the queue. I do not understand Japanese. But a friend of mine, who speaks the language says that if the train driver does not manage to fit the exact spot a speaker says a polite excuse formula through megaphones. To be frank, all of us had a problem of queuing this way (preferred to spend the waiting time on conversations standing in a circle).  Once even we were brought to order by a man in white gloves (Ops!).

Us (this time orderly) queueing to get to the train. Shinkansen platforms are protected like this one. The door opens only when a train is standing at the platform. The regular trains usually do not have protection like that.

Of other specific things we noticed was that when trains were about to depart music was playing for several minutes indicating to people approaching the platform to hurry up.

THE SHINJUKU AND THE MIDNIGHT COMMUTERS

Our first day in Japan was a short one. We were tired after the eleven hours flight from Munich. As we landed at Tokyo Haneda airport it was already 2 p.m. We needed an additional 4 hours or so to get to the hotel. We lost about an hour and a half because of not knowing the local specifics. Accidentally, we took a train that serviced commuters living far outside the city center. As the train left the city center, it did not stop for the first 30 km or so. Quite quickly we were approached by a Japanese, who explained the system to us but it was already too late to leave the train. After we got to the hotel, we gave us some time for a shower and left for Shinjuku, the Tokyo district (to be exact the so-called ‘special ward’) combining office and leisure area.

The lights of Shinjuku. As I did this photo the entrance to the Shinjuku railway station was to my right. If you watch closely you will see a train flyover. There are many like that in Japan.

As we arrived, it was raining. The streets were full of colorful lights of all possible kinds of advertisements and of Japanese, who just left offices crowding in the restaurants (izakaya) and game plazas (pachinko). Going out after work with work colleagues and often the boss is traditional in Japanese companies. We joined the crowds and quickly landed in an izakaya. We enjoyed the evening. But, we were under a time constraint – the last commuter trains leave the district around midnight. So before midnight, we came back to the Shinjuku railway station, that together with other public transport means stopping there is considered the biggest railway station in the world. And we were not alone. Around us were thousands of Japanese, who after spending the evening in Shinjuku, more or less sober, headed home.

I do not recall the name of the station we headed for, but as we left the train and looked at the crowds the first thing some of us did was to check the hour. I have a colleague, age 28, who works in a Japanese company. He parties with his colleagues 3-4 times a week. At first, he had fun, but after two or three months the fun was gone. Nevertheless, that evening in the crowded midnight commuter train, the first time I realized why it is said that many (more or less younger) Japanese do not have a private life.

The crowd of commuters at the local stations somewhere in the greater Tokyo area. It is already 12.30 am.

SOME OTHER THINGS WORTH TO REMEMBER 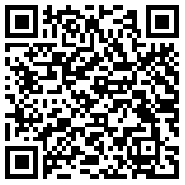