With the announcement of Brexit, Scotland may peacefully take further steps to gain more or full independence. June 23-24 was already once decisive for Scottish history.

Below, a monument that is one of the symbols of Scottish efforts to gain independence, although in much harsher times than the present ones (XIII-XIV century, during the so-called Independence Wars). The monument is a tribute to William Wallace, whose story was once told by Mel Gibson in Braveheart. He is a real historical figure and considered in Scotland the national hero. Braveheart was, however, a by-name given to another man, Robert the Bruce, later the Scottish king. At times as Wallace fought against the English, Bruce is told to instead having kept with the English. But a year after Wallace’s painful death, he launched an open campaign for Scottish independence.

The William Wallace monument. A shot made while standing at the gates to the Stirling castle (>>>) next to the Robert the Bruce statue.

Robert the Bruce was crowned King of Scotland in 1306. In following years he led the Scots to independence. It was sealed by the Edinburgh-Northampton treaty signed in 1328 that recognized the Kingdom of Scotland with Robert the Bruce as its king. The wars of independence and struggles with England continued, but the independent state preserved till 1707.

One of the decisive moments in his campaign was the Battle of Bannockburn. It took place on this day on 702 years ago (23-24 June 1314). With an army half the size as that of the attacking English forces, Robert the Bruce led Scots to a victory that was a decisive step in the independence process. 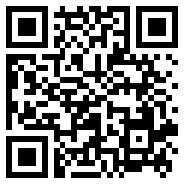