That miners’ work is hard, everybody knows. But seldom it is possible to see a mine inside, a couple of hundred meters down below. Because of dust and particles, and all other potential dangers, nobody would let an outsider inside a mine that is still under operation. At a couple of sites in Europe, tourists can take a walk down below in a mine that is no longer in operation. Below some pictures of an inside of a black coal mine turned into a mining museum, located in Schlesien (Poland) 300-350 meters underground (>>>).

The thought behind the creation of that museum was to show the history of coal mining from the miners’ perspective, the working conditions, and the equipment at their disposal. So the route starts with corridors with almost no light, only simple equipment, and no conveyors to transport the coal. The spots where miners were breaking the coal seams with nearly bare hands with only simple equipment were tiny. To get there, miners had to knee and almost crawl. We realized that the significant part of the work besides digging into the coal deposits was to install ceiling and wall supports over the emptied chambers and corridors. The supports were, however, to a week to provide safety. When they fell under the stone pushing down, the miners had not a chance.

With poor light and safety restrictions, it was not possible to make reasonable long exposures there. I realized it while being a bit behind the group, I had to go down the stairs to a lower level. We had only small flashlights. The safety precautions were, of course, taken. Still taking one or two pictures was not worth as much as the risk of getting lost even for a moment, or – worse – break a leg. But as we got to more modern mine parts with power cables inside, and thus many lamps around us, the shooting conditions were getting better. The photos you can see were made in those more modern parts of the mine.

With time, the leading equipment digging into coal deposits was modernized. It was, however not particularly safe and was very loud. Chains used to transmit the power to dig into coal seams as well as to drag heavy load on the first automatic conveyors had a tendency to crack. The energy, with which they then whipped onto people was deadly. Miners were cut in halves. With time the machines were modernized, got more efficient and safer for the miners. They did not, however, get less loud. The technique to support ceilings and walls improved, as well. The danger of coal and stone falls was, however, not entirely eliminated. So if we hear today of accidents in mines, the reason might be the outbursts of natural gas, but also the gravity and pressure causing the stone to fall and break the ceiling support.

As we got back to our hotel, I saw black dust on my clothing. Our miner guide put machines into a movement to show us how they work but was not touching coal. He told us that if he did, we would have to take a long shower and put all of our clothing into a washing machine. Besides the accident risk, dust and particles as well as the noise made by the tools, cause miners to suffer from lung diseases and hearing problems.

The front machine on the photo is a modern and very efficient one. It was designed to be pushed forward as the broken coal deposits were removed from the site and transported up to the ground level. The machine is costly (costs a couple of millions in USD or EUR) but it simultaneously very efficient. 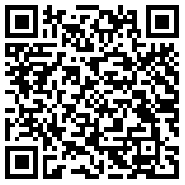