Lavra. Monastery of the Annunciation

Within the Orthodox and other Eastern Christian traditions, lavra is a type of monastery consisting of a cluster of cells or caves for hermits, with a church and sometimes a refectory at its centre. The Monastery of the Annunciation in Supraśl is a large complex of buildings, the centre of which is, at first glance, an inconspicuous church building

The Monastery had to be rebuilt from scratch after the destruction of World War II and some other trouble. The full reconstruction of the church and its historical frescoes took place only from the 80s of the twentieth century. They sped up since 1996 when property rights to the Monastery and its churches were returned to the Orthodox Church. The restored church was consecrated only in 2021. The frescoes were restored with great care, making the interior a real work of art.

An elected king, a great battle and a fall of once a mighty kingdom

While traveling and sightseeing even just to spent time or getting to know a foreign country, sooner or later we are explained some historical facts, but not being historians we can hardly place them quickly in a proper context. Looking through my photos taken in the Vatican Museums >>>, I found a picture of a huge painting showing a nobleman on a horse leading a great battle. The nobleman is John III Sobieski, the king of Poland, more precisely of the Polish-Lithuanian Commonwealth. The battle is the Battle of Vienna that for once and ever in the late Middle Ages stopped the Ottoman Empire from invading Europe. 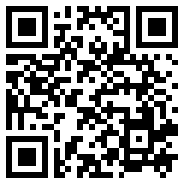