While in Japan, we saw many times windsocks in the form of fish hanging over streets, over rivers or in front of houses. The first time it was in the streets of a small city somewhere in the greater Tokyo agglomeration. That time I thought it was just some fancy street decoration (see picture). I did not put much attention to it and even have forgotten the photos I made.

But two days after, I was on a bus on the way to a remote national park. We crossed small villages. I was sitting next to a colleague who has a degree in Japanese culture. He said ‘look’ and pointed his finger on a set of five fish windsocks displayed on one of the houses. ‘Those stand for the family. Besides the father and mother, there are three kids in this house, two sons and one daughter. I can read this from the colors of those windsocks’. The next day I started to put attention and noticed the windsocks in many other places.

The windsocks are called ‘koinobori’. They reflect carps (fish art) that are considered as symbolic in the Japanese culture. In Japanese carp means ‘koi’. The carp is capable of moving up-stream. Thus it is a symbol of perseverance and strength. Altogether it symbolizes good fortune and prosperity. Walking around Japanese gardens, you will often find ponds (lakes) with carps inside. Besides darker ones, you will notice orange carps.

Traditionally, koinobori are displayed on streets and around houses for a couple of weeks around the Children’s Day that in Japan is celebrated on the 5th of May. The holiday is a part of the so-called Golden Week a series of public holidays that take place at the end of April (from the 29th) and the beginning of May (till the 5th). It is a kind of ‘long weekend’ that means a series of public holidays quite close to each other in the calendar, so taking only single days of paid leave and counting on weekends one may enjoy a short vacation of ten or more days. 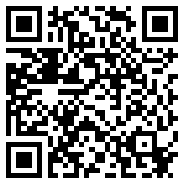