Japanese like fish, fresh raw fish. In Japan, there are also many processed fish products. It is common knowledge.

But even being well acquainted with modern logistics processes at first, I did not understand how it works – the Tsukiji Fish Market, the biggest wholesale fish market in the world. Located in Japan not far from the most beautiful parts of Tokyo. The place is extremely different from the adjacent quarters. There are plans to relocate it. But it could be difficult as the wholesale area is really very big, fully sheltered, with many traders inside. And, it is surrounded by many retail shops, fish stands, and restaurants. It opens in the early morning, and closes in the late morning hours, as the fish is dispatched to restaurants that would use it the same day.

In my academic times, the first lecture I was commissioned to was about transnational corporations. My knowledge about Japanese business conduct and keiretsu (complex interlocking among companies) after several years was quite comprehensive. At least in theory. But did I know anything useful about Japan and Japanese society before departing to Japan? As our two weeks journey has ultimately shown, the answer was – rather nothing.

Got out of the Shinkansen train. Left the Himeji railway station. And we saw it. A white castle on a hill. The view was impressive, but at first, we did not realize how big this castle was. We were standing at the station exit gate, in front of a wide alley, two or three kilometers away. On the approach way already at the gateway to the castle premises, we had to take turns and go complicated paths between fortification walls. We crossed a series of smaller gates and baileys. At first, I did not give it much thought.

Kenroku-en is an authentic Japanese garden established already in the XVIIth century in Kanazawa, Japan. It is one of the three oldest gardens in Japan. Its name translated into English means the Six Attributes Garden. Those six attributes of a perfect landscape are spaciousness, seclusion, artifice, antiquity, waterways, and panoramas. All of them are true for this place.

We arrived there on a hot and sunny Saturday morning exact at the opening hour. We wanted to take some photos in the morning light still before the garden crowds up. Indeed around noon, it filled in with visitors, who in the vast majority were Japanese.

During our two weeks trip, we spent four nights in Tokyo. Each of those days sooner or later in the evening, we went to Shinjuku, which is a special ward (kind of district) of Tokyo known for its nightlife. In popular language, Shinjuku is the area in the neighborhood of the Shinjuku railway station (considered the biggest in the world). People enjoy there the nightlife or to be precise late evenings as most commuter trains depart around midnight. People come there straight after work. 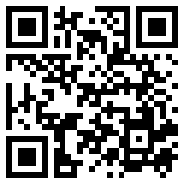