Common knowledge says that they must fulfill certain conditions to be accepted into this force. This is true. Recruits must be single, between 19 and 30 years of age and at least 174 cm tall, Catholic and of Swiss citizenship. A requirement is also a degree and completed basic training with the Swiss military.

Another common knowledge is that the basic design of the colorful official uniforms, Renaissance style, is of Michelangelo. The latter is, however, not true. According to the official Vatican website, the designer is Jules Repond, one of the previous Papal Swiss Guard commanders (early XX century). He is sometimes told to be inspired by the picture of men carrying the litter of Pope Julius II on one of Raphael’s fresco on a wall in the Vatican complex. As is located in the Musei Vaticani area, I tried to find it on the photos I did inside. Indeed, the men carrying the litter wear robes with white collars and sleeves that are slight of a comparable design. But only slightly. However, the colors are not a match. As it is stated on the Vatican website, there are similarities because this is the Renaissance like the design.

As to the facts, the colors of the official uniform are the Medici colors. Medicis was a noble later royal family, with roots in Florence, Italy, whose coat of arms were six red balls onto a yellow background. As the rank of the family was raised by one of the French kings in the mid-XVth century, the upper red ball was replaced with another one containing the French Kings’ symbol. Three gold Fleurs de Lis onto a blue background. Thus yellow/gold/orange, red and blue are told to be Medici colors. 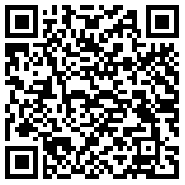