Notre Dame means ‘our Lady’. Although several cathedrals, basilicas, and churches around the world bear this name, the first association would be of Notre Dame de Paris, the famous medieval cathedral in the very heart of Paris.

Western and Southern Europe – from the tourists’ perspective – is famous for its medieval cathedrals. After having seen many of them, and having made many photos just to recollect memories in the future, today I have a bit lighter approach to sightseeing inside cathedrals. The picture above I made the last summer, after a ten-day tour in Northern France. At that time, we visited at least one cathedral daily, so although being close to Notre Dame at the end of the trip, I did not feel the need to enter the interior. It would have been too much. But I have already been there, so if you are the first time in Paris, do not skip it, no matter how tired you are. This place is simply on a must-see list.

This year in February, I made time for a short three-day city break in Paris. This time it was a fully guided tour of a kind ‘Paris for beginners’. And I enjoyed it quite much, even with temperatures around 0 grade Celsius. The Notre Dame interior was naturally on the list.

As in many places in Paris, we had to queue to enter. We were there around 1 pm, queued for half an hour, made the obligatory security check, and then spent another half hour inside. The interior is enormous, austere like in a typical Gothic cathedral. But somehow you feel warm inside – the light entering through colorful stain glass makes it very cozy and picturesque. The ambiance is like on photos below. I did not use neither a filter nor a color enhancer on them.

The Notre Dame cathedral was constructed from the late XII to the mid-XIV century. It also underwent two waves of vandalism typical for revolutionaries of past ages. In the XVI century, this was the Huguenots, a grouping of Calvinist protestants, who on the crest of reformation damaged and devastated many churches in Western Europe. The same happened during the French revolution in the late XVIII century. One of the practices widespread also in other European countries among different kinds of revolutionaries was beheading statues. A saint with no head had seemingly no identity. The practice also concerned reliefs (a relief was not destroyed, but heads of selected figures were cut off) and stained glass pictures (the heads of selected individuals were replaced with white glass) >>>. If you travel to France, take a closer look at pieces of art that decorate churches.

The contemporary look of the Notre Dame cathedral is, therefore, a result of a meticulous and long-lasting restoration process. Below some other photo impressions.

The cathedral is located on the Île de la Cité, an island in the very heart of Paris that was the place of the first settlement in the area. All the distances from Paris counted in France are calculated from a point located in the square close to the Notre Dame main entrance.

In Paris, there is a regular vessel service that offers a one hour tour alongside banks of the Seine. On its way a vessel sails around the island. As the ship approaches the island from the South East, one can enjoy one of the best views onto the cathedral from its backside.

Just to have some comparison, here links to my blog entries on other famous Gothic cathedrals I saw recently: Durham >>> (England), York >>> (England) and Rouen >>> (France), Antwerp >>>. And to compare with different church building style of the past: two of many famous churches in Rome: Lateran Basilica >>> and Santa Prassede >>>. 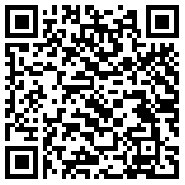