Normandy is today best known to the world as a place where the allied forces landed onshore to begin one of the most significant military operations in world history that finally ended with the defeat of Nazi Germany.  The other association that comes forth quite quickly is the famous Mont St. Michel abbey >>> – one of the most frequently visited spots in Europe.

Yet, Normandy played quite a role in the history of Europe already at the beginning of the second Millenium. Like other coastal locations of the Western and Northern Europe, Normandy became a target of Viking raiders, who looted it many times. One of the Viking leaders known as Rollo made peace with a French king. In exchange for a right to settle down in Normandy, he promised to cease hostilities and accepted Christianity. With years, the Viking descendants melted with the local community giving birth to the so-called Norman culture.

A Norman king William, later known as William the Conqueror, claimed his rights to the English throne, which that time was in the hands of another branch of Viking descendants. After the successful military campaign, he was crowned as the king of England and introduced the Norman order in the English society.

For more than two hundred years, from XII to XV century,  the so-called Anglo-Norman dynasty ruled both England and Northern parts of France. The Anglo-Norman language was the official language that for good influenced English leaving it with many words of Nordic or German (Vikings) and French origin.

The very center of Normandy is Rouen, with its beautiful historic city dominated by a huge Gothic cathedral. In its right nave, you will find the grave of Rollo, the Viking who had chosen Normandy his home. The Cathedral of Rouen was many times partially destroyed by warfare, bombing, religious schisms, revolution, lighting, fire as well as construction mistakes. The list of damage is quite a long one. Yet each time it was rebuilt. Its contemporary look took hundred of years of works and many funds. Already if you look at its front, you will notice at the first site the architectural inconsistencies between its parts (compare, for example, the design of towers).

The cathedral of Rouen. Some other pictures >>>

The historical city of Rouen, like many other historical cities in the region, had been carefully refurbished. Of interest are, of course, the half-timbered houses with timber frames painted in different colors. Half timbering was a construction technique used in medieval times in Western and Northern Europe. The main structure of a house was made of wooden poles. The space between them was filled with other materials, sometimes stone, but sometimes a mixture of cheaper ones. The upper floors of those houses were often bigger than the basement or chambers of a higher floor overhang over the first floor over the street. This way, the builders kept the streets wider but provided more housing space on the upper floors.

Yet, the city of Rouen witnessed another legendary event in its early years. If you get to the main square of the historical city in its midst, you will find a church. To be frank, it looks a bit as off place. But if you walk it around, you will find a small field of wildflowers and a small board beneath it explaining that it is where Jeanne d’Arc, a French hero, was burned at stake. At the church wall, a bit hidden, you will find a statue of Joanne d’Arc consumed by flames.

The main square of the historic city of Rouen. In its midst, a church, and behind it, the place where Joanne d’Arc was burned at stake.

Jeanne d’Arc (1412-1431) called the Maid of Orléans was a hero of the so-called 100 years war, a period when France struggled to recover from the English domination. The war started as the descendants of William the Conqueror (of the English-Norman dynasty) claimed through years the right to the French throne.

As a teenager, Jeanne d’Arc had a vision of saints, who told her to fight against the English and help the French Dauphin (heir to the French throne) to regain the rule over the French territory. Following her visions, she engaged in politics and military actions. Ultimately, she managed to attract the interest of the French Dauphin himself. Although she was wearing armor, according to historians, she never engaged in a fight. But on battlefields, she carried a banner. She was serving as a military advisor, as well.

For the fate of the campaign against the English changed with her appearance (including the ending of the siege of Orleans), she gained a symbolic status.

After she was captured by a group of French nobles allied with the English, she stood trial and was burned at stake on 30 May 1431. Ages later, she was declared a national symbol of France by the decision of Napoleon Bonaparte. 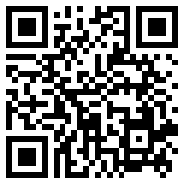