Visiting a remote area, one can quickly get the idea of being at the end of the world. But seldom this expression has real meaning. Somehow this year, I happened to be in two locations where there was indeed nothing there over the horizon. Only a powerful nature. In January, it was Northern Norway beyond the Polar Circle. In February, it was the other hemisphere in New Zealand. We even got to the Slope Point, which is the lowest point of New Zealand to the South. Northern Norway Polar night views were quiet but terrifying at the same time. The Slope Point was borrowing. Borrowing. Not more and not less.

But we happened to spend a night and the following morning in another place in New Zealand that on the day as we visited seemed to be the right end of the World. Collingwood. A small town at the top of the New Zealand Southern Island at the Golden Bay inhabited by only over two hundred residents.

As we got there, it was a hurricane time. Our original plan was to get to the top of a narrow peninsula that reaches into the Golden Bay and take photos of the bay at sunset and at the sunrise. As we checked-in in our motel and told our host of our plans, she opened her eyes widely and said: ‘At this hour, if you go, I will have to ask the firefighters to bring you down.‘ Willingly or not, we had to change our plans. The storm was still away. We took a walk. Just a walk around. No map. No specific idea.

Collingwood seemed a deserted place. Some old buildings in the small-town center (a couple of blocks only) and many properties for sale. We met maybe five, maybe six other people on the way. The houses around the main street had seemingly the best times already behind them. Only a few properties seemed to be new or renovated. Street art on walls was a reminder of past times. People in the elegant XIX century, maybe early XX century clothing. I looked up at a street plate. ‘Kings Arms’ stood there …

We took some photos of a small lake adjacent to the main street. The storm was somewhere over the horizon. The silence was everywhere. Like the main street, the place seemed to be neglected and deserted. Maybe, because a storm was coming. Maybe, I was not in a good mood. We reached the bay. It was still low tide. A quiet town on my right hand and endless horizon on the left. I was thinking of people who close themselves up in a monastery for a weekend to disconnect from the outer world. ‘This place would be perfect for them’ I thought. ‘The difference would be the views and the fresh air from somewhere over the ocean.’ Suddenly I heard a child’s voice. ‘Hello‘ it said. I raised my eyes and looked around. A small girl was waving at me through a window. Naturally, I waved back and returned the greeting. ‘The place is not that deserted as I thought’. I smiled to myself. But in fact, for the next hour or so, we did not see or hear a soul. I remember only smelling some delicious food cooking in one of the houses we passed by. The open window was quite a distance. But the air was that kind of clean that any smell would be noticeable from away.

We saw a guidepost indicating a historic cemetery in a half-hour distance. The cemetery was an abandoned place, but well-marked and ring-fenced. The old graves seemed to befall. But the gravestones were real storytellers. We read of a man who came to visit the town but accidentally died in the river. Of a couple, who came from England in the late XIX century, and died one after another twenty years after. And finally of a man, who died fulfilling his duties. It made me realize that New Zealand’s modern history is about colonists, who, for different reasons, came here with no return ticket home.

We grabbed a bite in one of (I think) only two restaurants in the main street. Some kind of fish soup with much cream inside. It was a nutritious meal. Not more and not less. Definitely not a good start of the evening. Yes, I have forgotten. In New Zealand, you will not enjoy a long evening like in Europe. Restaurants close early. At eight or nine.

As we were on our way back to the motel, it started to rain. The rain was getting heavier and heavier. You heard the wind. My bed was in the attic directly under the roof. The rain woke me up once or twice in the night. In the very morning, my fellows stuck to the original plan and went to photograph the sunrise from the peninsula. A hectic start of a long day. I skipped. But did not sleep out at all. My fellows came back after forty minutes or so, making much noise. Drenched, they were shivering in desperate need of clothes change. Going to photograph a sunrise during the hurricane time was barely a good idea. And we still had a long ride ahead of us. More than five hundred kilometers, probably in unstable weather conditions. Not a good start into a day, being tired already in the morning.

The breakfast should have been quick. We had to hit the road as quickly as possible. We chose the other restaurant. A coffee shop, restaurant, and some art center run by two young surfers. They had opened for us. All dishes were freshly made. But it lasted longevity. Maybe half an hour, maybe more. My headache was getting stronger. Too hasty morning with too much in the itinerary ahead.

I took a mochaccino. In New Zealand, a kind of coffee with chocolate and milk. Definitely, this one was my favorite while there. The coffee made me wake up. I raised my eyes and saw a man. Barefoot he was. Down deep in his thoughts, he was reading a book. He drank his coffee slowly. Turned slowly one page after another. As we were leaving, he was still there. We were making a lot of noise. But, he barely looked at us. He read his book. Plain and simple.

Reading his book, he was kind of quiet I never saw a man before and maybe never will again. 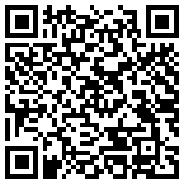