Hobbiton movie set is located on a private property, which can be achieved only by coaches operated by a company set up by the family, who owns the land. In fact, the location was selected by the film crew as they were looking for a proper place flying in a helicopter over the area. Entering private land in New Zealand is forbidden and often, in fact, impossible because even big pieces of land are ring-fenced. 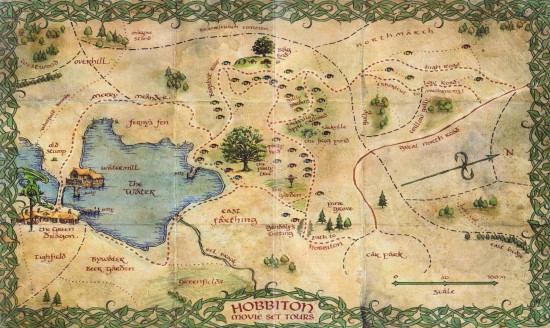 A scan of the Hobbiton movie set map we were given on the spot.

The Hobbiton movie set is very picturesque and worthwhile. Do not, however, expect there any candy-look village. Much of the movie set details had been preserved. But nature around is partially left in the natural state. The absolute exception is one big but entirely artificial tree that was set up for the filming purpose and left as it was looking like during filming. You can see that it is artificial only after you are explained by the guide. No, you do not see it, really. You have to believe it.

The movie set is only outdoors. The interiors were filmed in film studios. If you look closer to the Hobbit house entrances, you notice the doors are of different sizes. They were designed the way so the actors, who play Hobbits, could fit in well, but any other (means Gandalf) would be too high. You will also see many set details that make the village look like it was still inhabited – a set of chess, laundry drying in the wind, or fishing equipment on a lake trap.

The sightseeing tour is very well organized. As you make the reservation and pay the ticket (which you can, of course, make remotely from any place in the world), you are assigned an exact time when your coach departs. Our visiting group was relatively small. Around fifteen people, maybe. During the bus ride, you watch a video with some introduction made among others by Peter Jackson, the film saga promoter and director.

During our visit to the set, we were assigned a guide who was talking particulars and curiosities. Like the one that Sean Austin, aka Samwise Gamgee in one of the last scenes of the ‘Lord of The Rings’ trilogy, was surprised by the director, who not having told him appointed his little daughter to play Samwise’s daughter. Yes, I can recall the scene. His face looked truly surprised.

To be frank, you must make a choice. To take your time to take photos or to listen to the guide. You are given, of course, some time to take pictures, but as the village is widespread and the time for each visiting group limited, if you do not make the shots as you walk through, you will not take pictures at all locations that interest you. 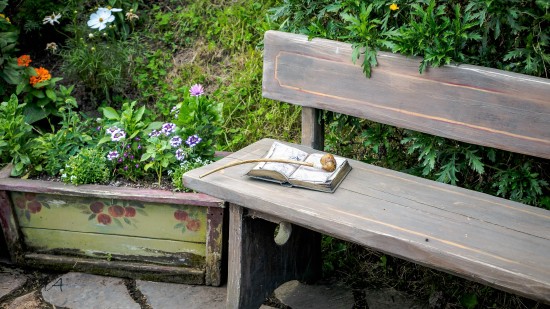 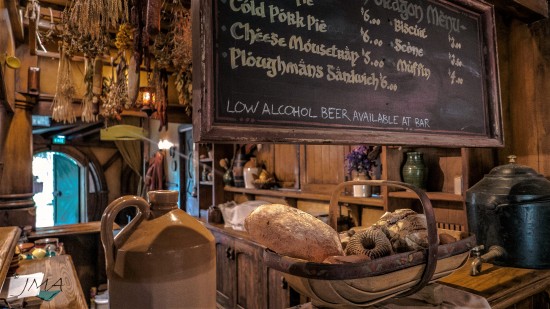 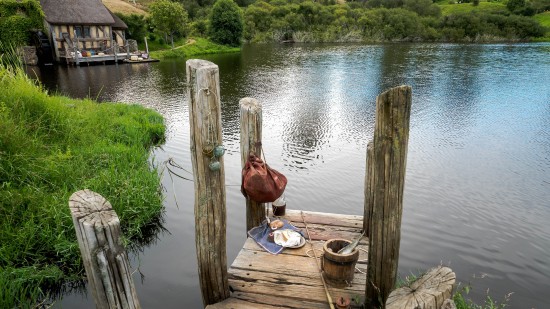 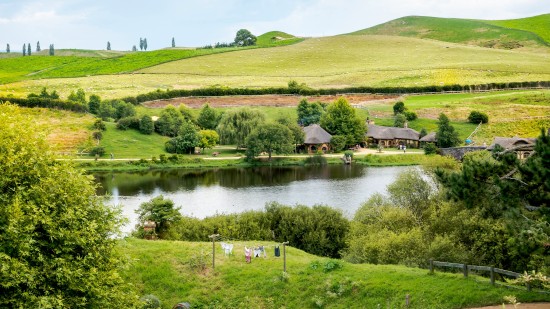 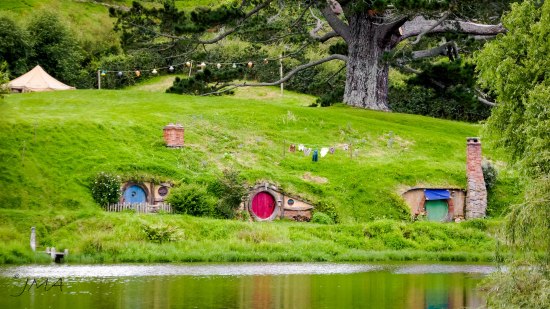 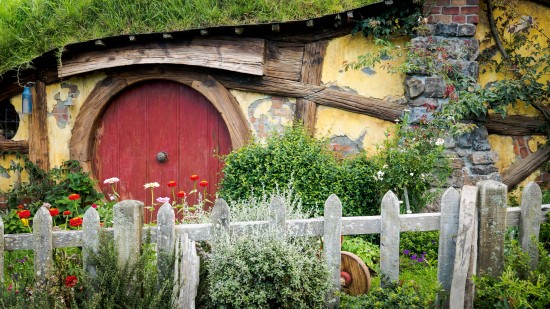 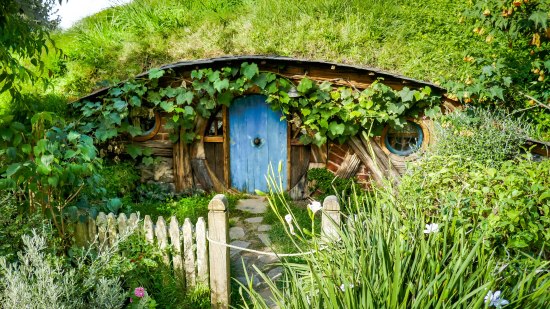 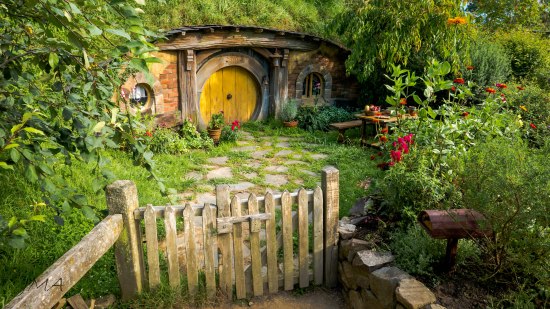 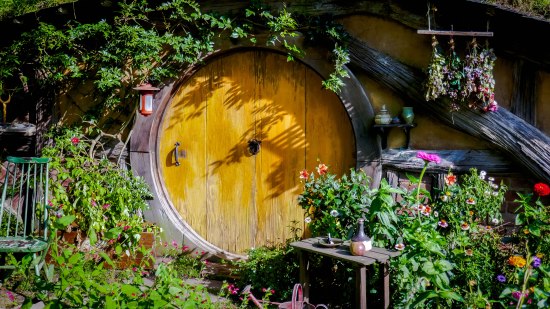 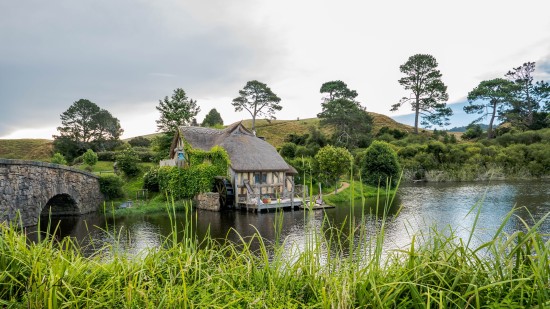 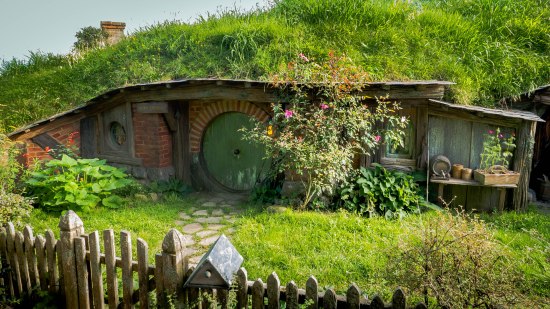 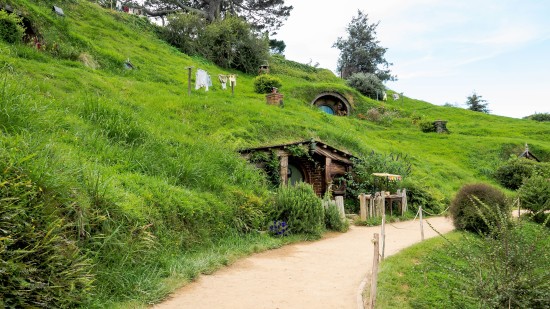 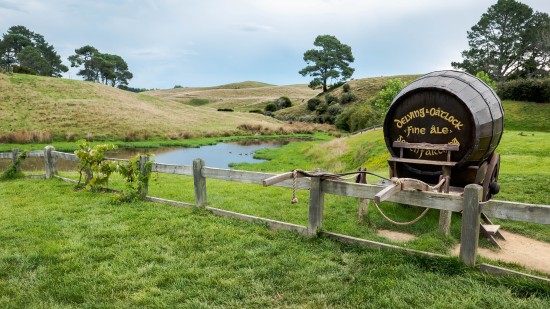 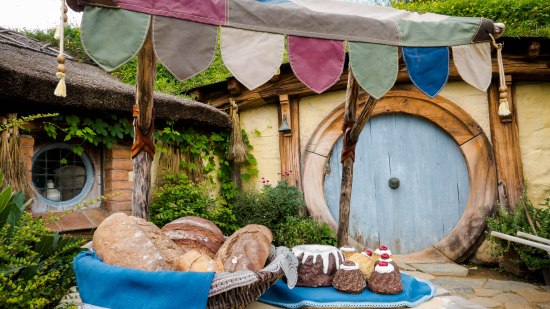 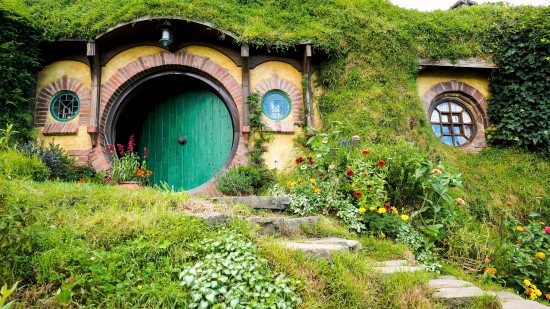 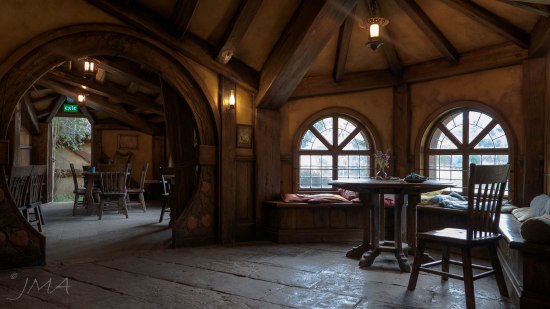 The walk through the Hobbiton has taken us around two hours that ended in the Hobbiton local pub (a restaurant) designed for a ‘bit larger’ Hobbits. All Hobbits’ houses in the village are only exteriors. But in that restaurant, you feel like being inside, even in the restroom. We were served ginger beer. Yet again, you had to make a choice. Grab a bite or look around and take photos. Yet again, you must stick to the time plan. However, the next group that entered Hobbiton was the last one on that day with a different planning. The last group is the one that stays longer to enjoy a long evening in the Hobbits’ restaurant. I was a bit envious of them. If I were to plan the New Zealand travel schedule yet again, I would book the tour that includes the evening supper. It sounded like fun.