Madrid is one of those European cities you can simply enjoy. The town is relatively new in comparison to other European capitals, and there are not many historical objects on the must-see list. But the variety of places worthwhile provides much fun for a visitor.

Imagine that one day you go to Prado, one of the most impressive galleries world-wide and the next day to this place – the big fan zone of Real Madrid, the worldwide recognized football (soccer) club, located at the club’s stadium Santiago Bernabeu. (The stadium was named after one of the Real Madrid presidents.)

The tour begins at the top-level of the stadium, where you can take a good look at the stadium panorama. (The picture below I made, however, from the tribunes at the lower level.)

Then you are directed to the fan zone, which is a series of corridors and exhibition rooms, where you can admire the trophies and various presentations on the clubs history and its legendary players. While taking photos, I tried to avoid showing people, but the number of people visiting this place (on Monday morning) was impressive. You could have seen the real fans of the club, but also tourists who wanted just to see the legendary stadium.

At the end of the tour, you visit the dressing room and later a huge boutique, where you can buy various fan stuff.

The stadium panorama, a shot taken from the lower tribunes

The stadium construction history, you can see already at the first corridor after entering the fan zone

Below some other photos I made in the fan zone in the random order. By far, they do not reflect its full interior. This is just a glimpse of it. Basically, in all rooms besides shelves with trophies, there are many screens presenting pictures and films. The video is accompanied by music and audio, partially recorded during matches. It is a spectacle that puts you in a very positive mood. Even if you are not a real fan, it is fun.

The only thing I did not like inside was the almost obligatory queues where pictures of visitors were taken. One was with a trophy cup and one with paper figures of players. The latter one in the end effect is a photo-montage of you and the player.  Of course, to take it home, you have to pay quite a decent amount of money. I chose the latter, but to be frank, it is not something I would show to anyone.

Inside the Real Madrid fan zone

The absolute highlight is the room with the most important cups. It was dark all around, only the big glass box was enlightened. I had to wait ten minutes to catch at least one second with no people posing to a photo. That what I liked much was that people waited till the others finished posing.

To get to the dressing room and the boutique, one has to leave the fan zone through the lower tribunes. In the dressing room, do not expect anything special. It is just a dressing room. The equipment does not differ from that one can see in other big stadiums. 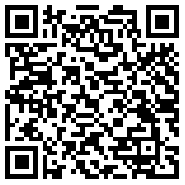