The statue on the photo below I photographed a bit accidentally in Brussels on the royal route, while standing at a street crossing and waiting for a green light. It was a busy street, with many cars and trams passing by. The photo was not easy to make as the building behind seemed to spoil the picture (in fact an imposing structure of the Brussels royal palace). It seemed a bit of a challenge, so stubbornly I crossed the street towards the monument and tried to direct my camera the way that it finally went well. No, I did not read the description at its foot. My company was getting impatient.

Who the man on the horse was surprised. I realized only back home while processing the photo. To be frank, at this location, I did not expect to see that one. Still, the knight turned out to be not only a hero of his time but also a person symbolic for many years of European history. Even if many hundred years after his undertakings we may look on them with more or less skepticism.

Godfrey of Bouillon, the Frankish knight and one of the leaders of the First Crusade – a monument in front of the royal palace in Brussels

Godfrey of Bouillon, known informally as the King of Jerusalem or the Crusader King was one of the four leaders of the First Crusade from 1096 to 1099 that ended with possession of Jerusalem by Western knights army. Some people before tried to fight on their own hand for the Holy Land listening to the pope Urban II’s call. But the march led by Godfrey as well as three other crusaders’ armies was the first invasion well organized by the European knighthood. The attack had two important goals. The first one was to defend Constantinople against Turkish influence. Today Istanbul in Turkey, hundreds of years ago Constantinople was one of two major powers of the western civilization after the fall of the Roman Empire >>>. The other goal was to ‘protect’ the Holy Land, which meant in practice reinstating the Christian rule in Palestine.

To gather his huge army of forty thousand knights and infantry Godfrey sold or mortgaged most of his lands. Most of the time, during the marches and sieges of the First Crusade Godfrey, played a minor role, letting the more powerful to make the politics. Yet, at the final stage during the siege of Jerusalem in July 1099, he and his knights were the first to enter the city. As a key player, he was considered to become a new ruler in the Holy Land.

Finally chosen, he declined the title of the King of Jerusalem as inappropriate in the religious context. Still, informally, he is today referred to as such. His rule lasted several months marked by warfare, further conquests, and defeats. It is not sure whether he died of a battle wound, by poison or some other disease. He was succeeded by his younger brother Baldwin, who officially accepted the tile of the king in December 1100. 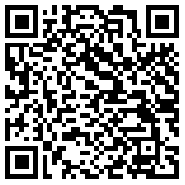