Counting to the European top 10 as per size, one of the two biggest churches in Belgium – the National Basilica of the Sacred Heart in Brussels. The Basilica is located a bit aside from the city center in the north-western part of Brussels on the Koekelberg hill.

Like most of the biggest churches in the world, the Koekelberg Basilica is a relatively new building. Its construction began in 1905 to commemorate the 75th anniversary of Belgian independence >>>. Initially, the Basilica was designed in the Neo-Gothic style. After the outbreak of World War I, the construction works had been ceased for several years. As up to that time, only foundations of the Basilica were completed, a decision was made to change the project design. A new, less expensive Art Deco project was ultimately approved. The Basilica was open for prayer in 1935 after the works on the apse had been completed. All construction works had been completed in 1970 with the construction of the dome.

The Koekelberg Basilica was originally inspired by the Sacre Coeur Basilica of Paris >>>. The construction of the latter began in 1875 and was completed in 1914. Besides the idea and complexity of the project, the two basilicas differ from each other. It is by far not only because of the architectural style, but also as far as the location is concerned. The Koekelberg Basilica is located almost on the outskirts of Brussels. If you are staying somewhere near the European Union headquarters or in the historical city of Brussels, you will have to make an extra trip there. I visited this place on an early Friday afternoon with beautiful weather. The place was almost empty, with only a few tourists visiting it. At the same time, the Mont des Arts and Grand Place (the center of historical Brussels) were quite crowded with tourists and locals. Contrary, the Paris Sacre Coeur Basilica is located at the Mont Martre hill midst of a trendy quarter, and it is crowded all around it the whole day long.

The exterior of the Koekelberg Basilica.

My feelings were quite mixed while I was inside. The Basilica seems to be following a consistent architectural concept. Still, it is constructed of the mixture of reinforced concrete, dimension stone, yellow bricks, and terracotta. To be frank, I needed some time to get accustomed to the variety of building materials and colors. Yellow bricks on the outside, today covered with much dirt, and the yellow-green lightening of the terracotta pillars inside seemed a bit odd to me. Only after I dug some Internet resources, I understood the idea behind its style. The contradictions I was noticing were typical of the Art Deco style. The style was perceived to be modern in the first half of the XXth century and was short-lived …

The interior design differs from a traditional church as well. In fact, you have there two prayer areas located one after another with the main altar situated directly under the dome. Behind the altar, you will find an extended apse, that is, in fact, another spacious prayer area with yet another altar. In the Basilica, at its ground level, you will also find several smaller chapels of modern design, separated by glass windows that allow for private prayer.

Using stairs or a lift, you can get to the first floor of the Basilica and walk it around (the fee is EUR 6). You can also quite easily look inside one or two lower chapels from above. Taking another lift located to the right hand of the main altar at the first floor you can get on the panorama platform situated directly beneath the dome. Walking around the dome, you get quite a good view of the Brussels city. Still, as the Basilica is located a bit outskirts of the historic town, you will have a problem with finding some of the famous Brussels buildings. However, the views allowed me to discover some less popular ones located within the broader city area that from above seemed worth visiting if next time in Brussels.

The interior of the Basilica at the ground level. On the first photo the prayer area in the apse, and further a look on its left nave, a look into the passage behind the apse and the main altar, then up into the dome, a look into the central nave and the main altar, and on the last photo the right nave. The private chapels are located to the right of the colonnade of the last picture.

Also, a bit unexpected to me in a church of modern design was the stained glass in almost all windows. The pictures on them were of a more modern design than those I am used to. Still, they were an eye-catcher. Some of the windows on the first floor were just glass with abstract paintings on it.

Just a few pictures of the stained glass windows inside the Basilica.

The Sacre Coeur of Brussels is definitely on a must-see list, while in Brussels. It is probably not a building that you would like to see many times. Still, besides being one of the biggest churches in the World, it is also a great monument of the XX century Art Deco style. 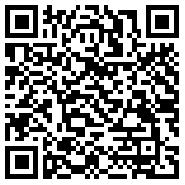