Each year on the 1st of August at 5 pm, the city stops for several minutes to commemorate the outbreak of the Warsaw Uprising that began with much hope but ended with a tragic defeat. I took the photos at one of the main squares in the very heart of Warsaw.

The police are blocking the adjacent streets for one hour or so. People just come together to be there at 5 pm – the exact hour of the outbreak. Many come with torches (it is allowed by the authorities). The smoke is quite quickly covering the blue sky. The city sirens are wailing. The motor engines are pushed to maximum power. The gathering lasts a quarter, maybe a bit longer. It ends with a parade of motorcyclists, who come to Warsaw on this occasion from different parts of Poland. Similar events take place at many other squares of the city. 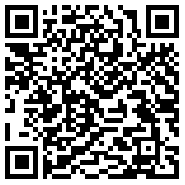