Many people around Europe when asked about Normandy in France, will quickly associate it with the D-Day. D-Day was the most massive seaborne invasion in history that took place on the 6th of June 1944. Allied forces from around 13 countries, among other US American, Canadian and British started an invasion aiming to liberate Europe from the Nazi Germany occupation.

Thus, sightseeing in Normandy, we planned to visit the Gold Beach, one of five beaches where the landing took place. We expected to see a monument and some wreckage of military equipment.

Not being a specialist in military issues, I thought that the wreckage we saw was that what was left of the floating or landing equipment. However, it was not. The collective knowledge is that during the landing, there were severe fights with a high death toll. But often it is forgotten that to provide soldiers with equipment, food and other things one needs to bring in much cargo. D-Day was also a large logistics operation. As the regular ports were in Nazi hands, the allied forces had to construct a provisional harbor. In fact, there were two harbors established – one at Omaha Beach and one in Arromanches at the Gold Beach called Port Winston. Below a sequence of pictures, I did in a small memorial center in Arromanches looking at an old panorama picture hanging at the entrance showing the harbor as it was operated in 1944.

The harbor facilities, a British invention called Mulberry harbor, were prefabricated. The port was under operation for 10 months till regular ports on the continent were taken back from the Nazis. (The other one at the Omaha beach was destroyed earlier by a storm). 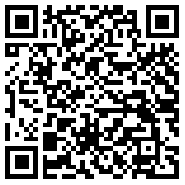