While traveling and sightseeing even just to spent time or getting to know a foreign country, sooner or later we are explained some historical facts, but not being historians we can hardly place them quickly in a proper context. Looking through my photos taken in the Vatican Museums >>>, I found a picture of a huge painting showing a nobleman on a horse leading a great battle. The nobleman is John III Sobieski, the king of Poland, more precisely of the Polish-Lithuanian Commonwealth. The battle is the Battle of Vienna that for once and ever in the late Middle Ages stopped the Ottoman Empire from invading Europe.

In the Middle Ages Poland together with Lithuania first through a personal union, then in the Commonwealth was a mighty kingdom, dominating over the central parts of Europe. Its territories were triple in size in comparison to those at present, covering approximately the present territory of Poland (except South-Western parts), Ukraine, Belarus, and Lithuania. But in the XIX century, it disappeared from the maps of Europe. Regained independence in 1918 for eleven years. Then it was invaded by Nazi Germany and Soviet Russia. After World War II, it remained in the Soviet block till 1990. Today it is recovering from a long-lasting foreign dominance.

The fall of the country’s position in Europe after the Middle Ages was creeping for years. It was a consequence of a reform that at first sight, seemed very modern and noble in thought as well as Poland’s geopolitical location. In 1505 the assembly of Polish noblemen approved a law that shifted the legislative power from the king to them, as equals to the king. At first, it worked, Poland grew in strength. But after the last king of the ruling dynasty died childless in 1572, an elected monarchy was introduced. As there was no agreement among the Polish noblemen to elect a king from amongst themselves, they started to look abroad. The mighty Polish crown was quite an interesting position for royal families from other countries. The elected foreign kings often followed their own agenda or agenda of those who helped them to be elected.

What is more, major Polish noble families and the lesser nobility fractions fought with each other for influence. They fought against the elected kings, too. The country was in constant warfare with inside and outside enemies. Lost some of its territories. After almost a century of political struggles, John III Sobieski was the second king chosen from amongst the native nobility, after the foreign kings have disappointed the nation. As he was, in fact, a commander trained on the battlefield, he was able to lead a decisive battle to defend his country (and Europe) against the Ottoman invasion (1683, Battle of Vienna). But it was the last victory. As in the meantime, the foreign powers around Poland grew in strength (Russia, Austria, Prussia), they started to influence more and more the royal elections. Needles to say, the most prominent ruling politician exerting power was the mighty Empress Catherine II of Russia. Within a century Poland was step by step partitioned by its neighbors, till 1795 it was erased from the map of Europe for more than a century. 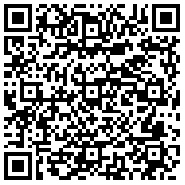