Musei Vaticani belongs to one of those museums where one is simply overwhelmed with all the artifacts, sculptures, and paintings gathered in a relatively small space. It would be difficult to recall all of them, not to mention describing or even take photos of all of them. It would be only too much.

In Musei Vaticani there a couple of routes you can take. Quite often the sightseeing begins with the antique section. Inside there are many sculptures, busts, reliefs, mosaics, and other ancient artifacts. There are almost no paintings. That one will be, however, more than balanced in other parts of the museum. Walls and ceilings are of an antique look. In this section of the Vaticani museum, one should simply concentrate on the historical value of that, what one sees. The following sections are more about the art, paintings or frescoes as well as craftsmanship. Several chambers look like an art gallery. The focus is indeed on the paintings on display. But there are chambers where one has to look around and lookup. The most impressive frescoes are probably in Raphael’s Rooms – a series of chambers painted by Raphael. But there are also at least two passages alongside long but long corridors with frescoes painted on ceilings. These are a couple of hundreds of meters long each: one is a corridor with tapestry maps and the other one a series of consecutive passages in the Bibliotheca Vaticana (>>>).

Visiting this museum, one has to be prepared to find oneself in a crowd – there are daily hundreds of tourists, who want to visit this place. As far as the entrance is concerned: there is the official queue, in which one has to wait a long time (around an hour or so). One can also use a quicker queue that in practice means use the service of a person (or a guide), who has a reservation. But one has to pay more for the ticket. The latter seems to be an under the desk procedure, but it works.

Window Carpentry, one of Raphael’s Rooms

Sala Rotonda, a pantheon of gods and emperors. In front statues of the emperors Claudius (left) and Galba (right).

A piece of the oldest ceiling decoration

A painting in the modern art section

Just got out the Sistine Chapel

A goddess in the Sala Rotonda

A head of a painted Egyptian mummy coffin

Ceiling decoration in a long but long room with maps 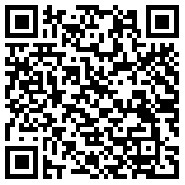