Some time ago, I used to go for a few days, usually in the autumn, to the old town of Gdańsk. Yes. Not to Gdańsk, but the old town of Gdańsk. Some family sorrows and later the pandemic made me forget this habit for three or four years. But looking for solace after my dear mom passed away, I got into a desperate need to be alone for some time.

No. I did not take a leave. After the pandemic, I am not obliged to go to work. As long as I do what I should, I can work remotely. I need to be online within certain hours. We even do not put our cameras on. To be frank, as I work at a place that is expanding, I do not even know how most of my fellows look like. I only recognize their voices.

So, I rented an apartment in the old town and moved to Gdańsk for several days. I only called home once a day in the evening to confirm I was all right. But no long conversations. No face to face meetings. I was alone for almost ten days, but I can’t say I was lonely.

The old town in Gdańsk is a place that is teeming with life almost without a stop. Only in the early morning hours the buzz fades. Tourists are about to finish partying, and residents haven’t had time to go out to work yet. One day or another, you only hear the cleaning crew in the early morning. The windows of the apartment I rented overlooked the main and the busiest street of the old town. But, it was at the top floor of an old tenement house just below the attic. Going up the stairs was a bit of a challenge. With the window open, you could hear the buzz of the street. However, if I needed silence, all I had to do was close the window, close the curtains and turn on the air conditioning.

From the street, you could hear more than only the buzz of the moving crowds. All day someone was playing an instrument. Several days in a row, the same musician played various more or less known melodies on the accordion. At one point, I was irritated so much that I closed the window to get rid of the sounds. When I opened it again, one or two hours later, I heard a saxophone. Someone else was playing moody tunes. And she or he came back on another day too. In the evenings, I could have heard music from one of the open-air restaurants nearby, where two guys played soft rock from Sting through Dire Straits and a few other classics.

Once a day in the late afternoon after my office hours close, I left for a walk. And all this time, taking long walks, I never left the old town. Not that this old town was especially big. I visited the same places every day. The old town is situated on the mainland but also at least two islands connected by bridges. Some are permanent bridges; some are drawbridges that open either at specific times or when no ship is sailing on the canal. The main street, which has ‘long’ in its name, is pedestrianized. Similarly, the quays of the old port, which are also the central part of the old town, are also excluded from road traffic. The crowds around you make you feel safe even when walking the main streets at 1 am or later.

Gdańsk is one of those old medieval port cities, whose old port is now just a tourist attraction. The new port has moved to canals and basins closer to the sea, and the external port serving, among others, the huge deep-water container ships is located a few kilometres away directly on the coast. Walking along the quay of the old port, you can approach the place from which you can see the new inner port. Due to what I do professionally, I know both the internal port and the external port with all the canals quite well. I even had the opportunity to sail around the entire port complex on a tugboat. So I didn’t realize any need to go beyond the old port this time.

For almost ten days after finishing work, I wandered the same streets of the old town and along the old port quays, going from the mainland to an island, to the other island and forth. And here, too, I recalled the past. The project of strengthening these quays also passed through my desk at some stage. Anyway, it was from the day as we inspected the ready works that I got into the habit of making annual trips to this place. But much changed in the meantime. We hoped that strengthening those quays and making them to a safe pedestrian zone would boost some new investment to the devastated part of the old port. And it really happened. The island that in the past served storage of grains, was rebuild. New hotels and apartment houses were constructed with plenty of restaurants in the grand floor, from which you can enjoy the canals.

Someone might say ‘boredom, boredom, boredom’. None of these things. A stay in the old town of Gdańsk for several days might be quite well used. In fact, at any time of the day or night, this place is extremely photogenic. For someone who, like me, carries two cameras, sometimes even a tripod, and treats photography as a way of spending free time, Gdańsk is a perfect spot. Each of my walks lasted several hours, but when I looked at how many kilometres I did on the map, it was not more than three or four each time. Most of the time, I just took pictures and spent at least an hour or more in a restaurant.

So, the latter advantage is the wide selection of restaurants serving perfectly prepared dishes. As in many places, you can, of course, hit a misfire, but in most restaurants, you eat well and enjoy it, whether you go to breakfast, lunch, or dinner. However, you have to be prepared for rather Western European than Polish prices. The cheapest meal I ate there cost me around 18 €, and the most expensive cost twice as much. I didn’t order, however, any alcohol. When I travel alone, I usually order non-alcoholic beer in restaurants to keep safe. With a glass of wine or a beer the bills would be of course higher. Only for a hearty breakfast, I paid about 15 €. Speaking of leaving everything and everybody behind, the only people I talked to during these few days face to face were the waiters.

After returning to the apartment, I sat comfortably in the armchair, poured myself a glass of wine, and for nine days long, I binge-watched all three seasons of the Designated survivor, a series which I missed to watch in the past years. Each evening I selected and processed the photos I did on that day. With no other tasks and worries to carry, my hunt for beautiful views was quite fruitful.

For me, the old town in Gdańsk is a place where you can cut yourself off from the world, from everyday matters and worries, but at the same time be in a lively place and enjoy your time. 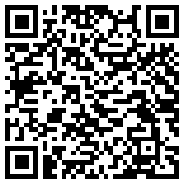