Statue by Ettore Ferrari at Campo dei Fiori, Rome, where Bruno was burned at stake as a heretic on charges including denial of core Catholic doctrines.

Giordano Bruno was an XVI century European thinker, philosopher, and astrologer. During the early years within the Dominican order. Later on, he wandered around Europe, banished from time to time from one place or another for his bold ideas or offending other people’s ideas. Lectured at several universities. 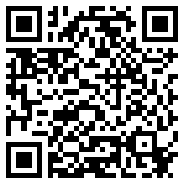