Many tourists while in Rome sooner or later will visit the Vatican. For some, a visit to Rome means to go to St. Peters first, the best if it is Sunday. Then all eyes are turned onto one window, to see the Pope, the head of the Catholic Church. But the Pope is also the Head of a state, sometimes called the Holy See and sometimes merely the Vatican City. Below a short historical explanation.

After the fall of the Roman Empire around VIII AD (>>>), there was no longer any unity on the Italian peninsula. For thousands of years, the region was split into numerous independent entities. Among them, the most powerful was the so-called Papal State(s) as well as the independent merchant cities like Venice or Genoa.

The Catholic Church was legalized in ancient Rome in the III century AD. Earlier its followers were hunted and executed by the Roman Empire). After the legalization, it grew initially in power due to various donations, including land donations. In the middle ages, popes owned widespread lands in present central Italy. With time, the landownership turned into independence and setting up of the Papal State(s) with Rome as the capital.

Through ages, the Italian peninsula was, however, a place of constant internal struggle amongst its independent entities as well as of foreign claims. Fights and wars were frequent. The harsh political conditions with all their social consequences made people living there fight for unity and independence. The unification of the separate states and entities into one coherent state took place in the late XIX century and was initiated and led by the House of Savoy – rulers over Sardinia. The formal unification took place in 1861. Vittorio Emanuele of the House Savoy became the first King of Italy.

In his struggles for unification, he seized all the territories of the Papal States, including those in Rome. The act, for which he was excommunicated by the Catholic Church. The conflict between Italy and the Pope was terminated in 1929 by Benito Mussolini, who signed the Lateran treaties. Upon them, a new state was created – namely the Vatican City. Vatican City is the smallest country in the world or better to say the smallest independent territory.

And here we come to the other name of this small country, which is the Holy See. In international relations, it is possible to be a sovereign entity even if one has no lands. (An example of such entity is the Order of Saint John at present headquartered in Rome however landless, but still recognized as a sovereign entity in the international law.)

So in broader terms, the sovereign state, the head of which is the Pope is called Holy See. The sovereign territory of the Holy See is the Vatican City as well as two extraterritorial premises in Rome (like Castel Gandolfo, called the Pope’s summer residence) as well as the premises belonging to its representations (Nuntiatures) in other countries (like in case of all embassies). 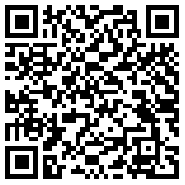