When asked about Scotland, we think of green highlands, Scotch (whiskey), kilts, Braveheart, and two big Scottish cities that are told to compete with each other: Edinburgh and Glasgow (here in alphabetical order).

On our trip to the UK, we spent three days in Scotland. Not enough to really get to know this country, but enough to have some impression. We decided to start in Glasgow, go North taking the West route alongside Clen Coe and Caledonian Canal to Inverness, turn round South-East, and finish in Edinburgh. Below some impressions from our way North.

Somewhere between England and Scotland. Green, however low land with only some hills. If you look closely at the picture, you will see a wall between the fields. Every day in the UK, not to be seen in other European countries. The image lacks sheep – both England and Scotland are famous for wool and wool clothing.

Only ten minutes later (by car). The hills are getting higher and higher. We entered the Scottish Highlands. The picture was made in mid-August. Some weeks later, those darker stains in the green grass will turn violet. The hills and mountains are covered not only with grass but also with heather.

Glasgow. One of Scotland’s main cities. It was Saturday evening. You felt the party time. The main streets were really crowded. It was challenging to take pictures without showing people at the close.

Unfortunately, we did not plan much time for this city, as we wanted to spend the night in Stirling to get to its castle in the very morning before it gets crowded. If I had to plan the trip once again I would try to get there in the evening, enjoy a Scottish party, in the morning sightsee in the city, go to Stirling, climb to the William Wallace monument (>>>), spent the night in Stirling (the views are breathtaking), and visit the Stirling castle (>>>) the next morning.

In Stirling, we spent the night in the university campus hotel. Coming there on Saturday evening had some appeal as we could discretely observe a genuinely Scottish wedding party. We discovered that kilts and sporrans can have very but exquisite versions. The other thing we found was that when ordering a ‘steak’, you will not get a bigger piece of meat (rare or medium), but some other meat dish.

The next day was about highlands and lakes. We crossed the most beautiful part of Scottish Highlands called Glen Coe or Glen of Weeping (>>>). Afterward, we drove alongside the Caledonian Canal that it is a waterway consisting of natural lakes and artificial canals (>>>). One of its lakes is the famous Loch Ness.

On our way, we stopped at one of the small cities on the Caledonian Canal called Fort William. The houses on the picture were typical for the region.

A bit of window shopping at the kilt shop. If you asked yourself what a sporran was – you can see it in the picture. It is a small bag worn with a kilt.

Driving alongside the Caledonian canal, you cross it a couple of times. On the picture, a view on the artificial part of the channel from one of the crossing bridges.

Inverness, the end of our trip North. We spent the night a bit below the Loch Ness. On continental Europe (mid-August), we had a heatwave with nights around 25 degrees Celsius. In this part of Scotland, the night temperature was around 5-7 degrees. 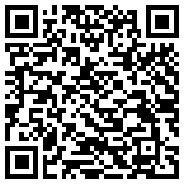