Looking at the picture below, and having no idea what premises these are precise, one would say … yet another church or basilica. Quite a big one. Indeed it is one of the largest European churches quite close or even within the top European ten as per size. For people who travel Europe accustomed to the huge and splendid cathedrals, it is nothing unusual. Yet another one. Let us visit it.

Basilica of Our Lady of Sorrows, Poland, the front view

This would, however, not be that easy as it looks like. This huge basilica is located among fields and nature with only small villages surrounding it. The closest city, not even on a tourist itinerary, is located around twenty miles away. The other interesting fact is that it is practically brand new. The construction works ended just 2004.

The basilica is officially called Basilica of Our Lady of Sorrows, Queen of Poland. It is located in a village Old Lichen in central Poland. It was built quite close to a place where people had visions of Mother Mary in the XIX century. A short explanation for non-European readers: Mother Mary was the mother of Jesus Christ, the central figure of the Catholic religion. In Poland, that besides Ireland and some southern European countries is told to be the major Catholic nation in Europe, many pilgrims visit spots where she appeared to people with a message.

The basilica is subject to some controversy in Poland. It is one of at least three primary sacral objects constructed present-day in the country. The projects consume ten of millions of euros. In the country with dropping down churchgoing rates is by many considered as squandering. Contrary to other projects, this one was however financed by private means. So no issue here. The names of donors are displayed on walls at the basilica ground level. These are thousands but thousands of people.

The other controversy is about its architectural style. For some reason, many people think that new sacral objects should be designed modern way, with an interesting concept and be of minimalist style. The building materials should be natural and qualitative. If classic in style, there should be no place for opulence. The Lichen basilica is none of these. It imitates traditional opulent design simultaneously having the style of its own.

As I had the opportunity to do so, I decided to visit this place to make my own opinion of the Basilica. Below some photo impressions. I made the photos in the early afternoon on a working day, a cold autumn day. The interior was almost empty.

The front look onto the altar

The side look. The right-hand side of the photo above

The front look yet again, this time vertically to show the dome located just in front of the main altar. To comprehend the dimensions look at the man kneeling there

The dome and the ceiling seen from behind the altar

The look backward at the basilica main entrance and the imposing main organ that is electronically connected to several smaller ones located in the side naves and the transept. The instrument was designed this way to adjust it to the size of the basilica

The basilica is told to be an idea of the former prior to the local order. He wanted the place to be great and unusual. Providing for donations took him years.

He employed an architect and designer, who with her team was responsible for the conceptual design. Two senior engineers were responsible for the engineering design. This can be well seen in the integrity of the whole building. The old sacral structures launched in medieval times were constructed through ten or even a hundred years. The architects and the styles changed so under closer inspection, their style is not coherent. We often see, for example, front towers that are of different shapes. Or, with time there was a need to make additions like chapels holding tombs of kings and queens, or reconstruction works after fire or damage done by religious fanatics. Or a bishop wanted to redesign. In the Lichen basilica, the coherence of the design is striking. I would even say it is a bit of borrowing. As mentioned before, it is brand new, and its construction lasted for only ten years.

There was one main contractor responsible for the whole structure, and this was one of the leading Polish construction companies. The company hired subcontractors being also bound by the prior of the order to employ a local workforce at the construction site. Artists were employed for all artistic work like decorative frescoes on the walls (the dry technique was applied). Still, you can see that much of the work was done by machines but not by hand.

Although the interior looks opulent and luxurious, it is not. The building materials used are simple, often artificial. I think at many spots, colorful silicon was used as a covering layer (on columns and ceiling, for example). From time to time, you can see a golden leaf, but the majority of the gold paint is also artificial. The dome is of steel and aluminum anodized to reach the golden look. The floors are of marble.

The interior is exceptionally decorative. To be frank, I needed some time to get accustomed to the look. Besides a few obvious opulent imitations Las Vegas-style (for me it was the stationary lamps, see photos below) spoiling the whole picture a bit, I found the basilica exciting and worthwhile.

Churches are traditionally designed in the shape of the cross. The view on the right arm of the transept (cross arm) seen from below the dome

One of many frescoes depicting saints, bishops and Polish historical figures

Decorative lamps. For me, a bit Las Vegas-style

One of the side chapels

On the way down to the ground level

Yet another view on the ground level of the Basilica. In its middle, it is decorated by pictures depicting the Polish history. At the back wall, you can see the plates with the names of the donors. From this distance, they look relatively small, but they are not. The plates decorate all outside walls of the main hall. There are thousands of them. 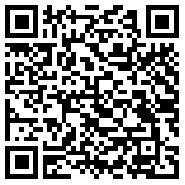