Yesterday, as I was driving home at a late evening hour, with the radio on for a moment, I was listening to the beautiful Gladiator theme by Hans Zimmer. Somehow, by association, my first thought was of the Don Quixote and Sancho Panza monument, or actually two twin monuments I photographed at Spain squares, one in Madrid and the other in Brussels (>>>).

Yes, an association that seems to be a bit far-fetched at first sight. On the second thought, however, the link between the two pictures is not that impossible at all. I will not cite Sigmund Freud here, but indeed these two have something very special in common.

The Gladiator in the film, a fictional figure, was a Roman general, a Spaniard who beaten by Roman soldiers and left to die somewhere in Spain fell into the hands of slave traders of North Africa. The attempts to free him even in Rome failed. Quite a similar fate was shared by Miguel de Cervantes, the Spanish writer, who invented Don Quixote. In his early years, Cervantes was serving in the Spanish navy infantry in the Mediterranean and as well – kidnapped during a Barbary pirate attack – was sold a slave in Algiers. He attempted to escape several times, but each time he failed. It took his family five years to scrap the ransom and free him out of the slaver’s fate. The ransom was, to the necessary extent, funded by missionaries, who engaged in liberating Christian slaves kept in North Africa. All of these happened in the XVI century Europe, almost fourteen hundred years after the plot of the Gladiator took place.

Slavery was common in ancient Greece and later in the Roman Empire, as well as in the early medieval ages in Western and Northern Europe. Vikings (>>>), who raided coastal regions of Europe were responsible for the increase of the slave trades in Northern Europe. The famous markets were Chester and Bristol in England. The procedure was cut in Western Europe already in the early Middle Ages.

Through ages later, however, Tatars and Turks of the Ottoman Empire (that emerged after the fall of the Byzantine empire) took slaves raiding countries of Eastern Europe. It was mostly the territories of the Polish-Lithuanian Union – that time the most crucial state in the region. Tatars and Turks took men, women, and children. Young captive boys, called Janissaries, had been given special treatment in the Ottoman Empire. They were officially owned by the Empire and trained to serve in administrative and military positions.

People’s ownership was still spread in many European countries through the Middle Ages until even the XIX century in the form of serfdom. Peasants were owed by the feudal, nobility, and Catholic Church. The system emerged in Western Europe and then spread to Central and Eastern Europe. It slowly disappeared in the same order as it appeared, beginning from the West already in the Renaissance time with Eastern Europe as the last. In the latter, the abolishment of serfdom began as the Napoleonic army marched in. It was the early XIX century.

Still, after the fall of the Roman Empire, piracy and the slave trade were through long ages till the late XVIII century common in the Mediterranean. The very center of the Mediterranean slave trade was North Africa. North Africa pirates later on described as Barbary pirates or corsairs operating out of Sale, Rabat, Algiers, Tunis, and Tripoli, traded in European slaves mostly with the Ottoman Empire. The slaves were not only soldiers like Miguel de Cervantes, who were, in fact, prisoners captured from the ships boarded by the pirates, both navy and the merchant fleet. These were also simple citizens kidnapped from the coastal cities and villages of present Spain, France, and Italy.

The North Africa slave trades began first on the Iberian Peninsula in times as the local European community struggled against Muslim invasions. Later with the rise of the Ottoman Empire, it spread further East coast. With wide spreading of the reformation in Western Europe and the suppression of English and Dutch pirates or privateers, many English and Dutch pirates joined the Barbary pirates, as well. Yet, their targets were at least officially the Catholic ships. To balance the story, one has to note that the Catholic Church, although condemning slavery of kidnapped Christians, officially allowed enslaving non-Christian prisoners of war.

The kidnapping lasted till the mid XVIII century. Basically, everybody sailing through the Mediterranean or living in coastal regions was at risk of becoming a slave no matter the social status or who they were. The rich could have, of course, counted on being freed by a ransom paid by the families. The poor shared a terrible fate with thousands of men chained permanently to one sit on galley ships for the rest of their lives. The national authorities of several countries sent, of course, military expeditions to free European slaves. Also, Catholic orders engaged in collecting funds to ransom the Christian slaves of North Africa. Those freed out were, however, only a fraction of those who were kidnapped. For many Southern Europeans, the pirate raids were reason enough to leave their coastal towns and villages behind and move further inland. 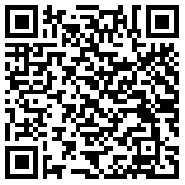