A couple months ago, while on business in Brussels, I decided to make a short trip to Bruges located North-West of the European capital in a couple kilometers distance from the English Channel. I visited this city once and remembered it as full of medieval architecture and many water channels. That time I did not enjoy it much as it was quite heavily raining the whole day. This time the weather was just fine. So, I spent around four or five hours walking the streets of the historic medieval city of Bruges.

The area is told to be the most significant medieval city area preserved in Europe. First, it is to the fact that Bruges was one of the leading commercial centers in medieval Europe. Some historians even say that for some period, the most important one. The city was simply very rich, or at least many of its inhabitants, either locals or foreign ones, were very affluent people. (The inequalities led once or twice to social unrest and political interventions). Secondly, because besides a few smaller events, the city was neither devastated by a bigger fire nor leveled to the ground by warfare.

In general, it is true. But some additional explanation is needed here. The city was thriving in the early Middle Ages thanks to the tidal inlet that connected it with the sea. Its economic existence was, however, endangered as in the late XI and early XII century, a gradual silting caused the city to lose its direct access to the sea. A storm in 1134 re-established access through a natural channel. For years, Bruges was a thriving harbor connecting merchants from the North (England, Scandinavia), West (through Hanseatic League), and South (Italian merchant cities, Spain, Portugal). Merchant or trading usances developed by the city authorities and the merchant guilds became the very basis of the modern exchange trading >>>.

Around 1500 slitting closed the channel for good. The city lost its position and many affluent inhabitants to nearby Antwerp. A decline that lasted for almost four hundred years began. Like other wealthy cities of Northern Europe, Bruges was looted in times of the religious wars in the XVI century, French Revolution and Napoleonic wars in the late XVII and XIX centuries >>>). Much furniture, stained glass, paintings, and tapestries were destroyed or in later years sold to art dealers or antiquaries, who resold them internationally.

Bruges has the style of its own, and the buildings are for sure historical ones. However, early medieval Bruges, besides some brick Gothic architecture, was mainly a wooden city. Bruges, we can admire today, has in most parts brick facades with characteristic step gabbling. Only a few wooden structures are preserved. Thus, in the years between the Middle Ages and the present day, the city was reconstructed. The wooden facades were replaced as they had been susceptible to fire. The interior construction of many houses is, however, still of the past ages. The medieval origins of the city are mostly well preserved in its street pattern, with main roads leading towards the important public squares and the network of canals once used for the mercantile traffic. Most buildings have retained the original parcels of land.

The actual revival of Bruges was a direct consequence of damage and thievery that plagued the city in the XVIII and XIX centuries. The local community, as well as many immigrants from England, fought to stop the practice and engaged in revitalizing the city. There is no sign of radical damage today. In fact, the city is very well taken care of. The ‘conservation movement’ also prevented the conversion of the city-style into a more modern look as it happened, for example, in Brussels. Bruges also seems to have missed the XIX century industrial revolution. The old/modern facades are described as of Neo-Gothic style that is specific for Bruges. The recent additions of XIX and XX centuries fit well the overall picture.

The historical city of Bruges is not that initially medieval as it is often claimed, but still, it is one of the most interesting historical cities in Europe. 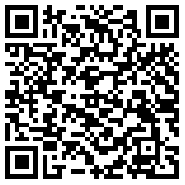