New Zealand is known for its natural wonders. One of them is well advertised Waitomo glow-worm caves. To see them, one has to stay in the dark. No photos are allowed there. Only in the first cave, where the guide explains what you see and will see, for a moment, lights are on, so you can see how the glow worms look like in reality. The highlight is a boat ride in the dark in a cave. Its ceiling is fully covered with glow-worms. You raise your head up and feel like you under a night sky, but somehow the stars are closer to you. You are requested full silence while there. Unforgettable feeling.

But the sightseeing of the glow-worm caves, including descent, lasts only 45 minutes. The boat ride maybe only a quarter. To get to the caves, we made an extra 350 km there and back, which meant more than four hours in the van. As we arrived at Waitomo, I realized that our planned schedule is only 45 minutes of sightseeing. In a spur of the moment, I decided to make a surcharge on the original ticket (reserved some time ago from at home) and visit another complex of Waitomo caves called Ruakuri caves located around two km distance from the main cave. In the aftermath, an excellent decision. To see the main glow-worm cave was fascinating, but only after visiting the other complex of caves, I went out fully satisfied with how I spent my day. The sightseeing lasted around one hour and a half. They went by before I have noticed it.

The Ruakuri caves are located 60 meters below the surface. The descent lasts around five minutes alongside a round path made inside a huge well. Before the descent, our guide explained to us the strict safety and environmental protection rules we had to follow. Ruakuri Cave is advertised as the New Zealand’s longest guided underground walking tour. What is interesting, its catwalks are wheel-chair accessible. Going down within several minutes, you feel the temperature decreases by many grades.

The path down to the Ruakuri caves. You feel like descending into a huge well.

The Ruakuri caves walk you make on catwalks that had been installed inside the caves. Alongside some of the catwalks, there are movement detectors installed that catch any movement outside the path. The system was designed so that the tourists do not touch any of the rock formations. Huge fines await those who would destroy even a piece of the rock formations. Small lights red, blue, or white are installed alongside the catwalk paths. It allows the ecosystem to stay in the dark for most of the time. From time to time, the whole group stops under a rock formation. The guide is then turning on white lights so that you can admire the formations and take photos. Basically, making photos is allowed all the time. The only exception, as I remember, is a glow-worm cave, where you are requested to walk in the darkness keeping your hand on your predecessor’s shoulder. After reaching the cave, you are asked to stop for w while. Silence is requested, too. Unforgettable feeling. Another attraction you admire only in the darkness is a waterfall. For a moment, you stop and listen to falling waters. You may only try to imagine how it looks like. Later you are explained that it is ‘only’ of one and a half meter high. But the acoustics in the caves is that outstanding that you would easily believe it is much bigger.

The catwalks inside the Ruakuri caves.

The rocks formations are mostly limestone. They are, however, of different shapes. As lights turned on by the guide are of different colors, I cannot confirm that what you may see on the photos below is the actual colors.

Just a selection of photos I made in the caves

The Ruakuri caves include several chambers with glow-worms. There are at least two spots where the guide turns on the light. First, you see the worms glowing in the darkness, and later you may see the same formation in the light. The glow-worms are in fact like twines hanging down, the ends of which are glowing in the darkness. If in the main Waitomo cave, you feel disappointed that you cannot take photos to remember the trip, you will have an occasion to make them freely in the Ruakuri caves.

A small glow-worm formation in the dark (on the left) and in the flashlight (on the right). 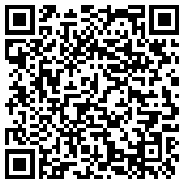