Last year, sightseeing in England we often heard of Normans, who once invaded the country and left quite an impressive imprint in particular in architecture (from the present-day point of view of course).

As Normandy is located in the traditionally French territory, we associate it with French, or as referred to earlier in the history – the Francs. But who were the Normans according to historical facts? There is probably no better place in Europe to answer this question than Rouen, located in the present-day French Normandy, but in the past – the birthplace of the Norman traditions and culture.

In the late I millennium (AD) the influence of the Roman Empire (>>>) over Western Europe was lost to the Carolingian Empire. The Empire was established in times of Charlemagne (>>>). One of his descendants divided the Empire into three parts. The South, the East, and the West. The kings of the Western part of the realm of Francs became with time the French kings. However, the Northern parts of the Western realm were for years raided by the Vikings (warriors or pirates from the present-day Scandinavia, in particular, Norway and Denmark, that time referred to as Norsemen >>>). To buy peace, King Charles the Simple, the king of Francs, signed a peace accord with Ganger-Hrólf, otherwise called Rollo, the leader of the Viking raiders. In exchange for the autonomy (the Vikings were given the lands around the lower Seine that is Normandy in present-day France), the Vikings accepted Christianity and ceased raids and piracy. With time they mixed with the local francophone population and became the Normans.

Rollo’s grave at the Cathedral of Rouen in Normandy, France.

One of Rollo’s descendants (however not a legal one, as his king father did not marry his mother) was William the Conqueror. He was also a relative of the English kings. (As Vikings already for centuries raided Britannia, its kings and other nobility were that time of Danish roots. Even Rollo in his first years pirated in Britain). Once promised the English throne, after the English king who made the promise (Edward the Confessor) died childlessly, William (that time called William the Bastard) did not accept that instead of him Britain’s nobility chose a king from among themselves. He invaded Britain (XI century), took the crown and started to introduce the Norman order. The noblemen who did not undergo the Norman superiority were gradually replaced by the new Norman nobility. Because of Norman influences of that time, there are many French influences in the English language. Even the famous Tower of London was initially built at that time, by order of William the Conqueror himself.

The famous Tower of London initially built in times of the Norman and English king William the Conqueror.

Ultimately, the Normandy was seized back by the French kings. Today it is a region in the French Republic. 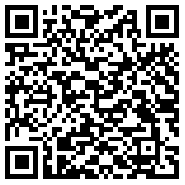