Louvre originally built as a fortress in the late XII century is a former seat of French kings and one of the most famous museums in Europe.

The fortress was transformed into a luxurious royal residence by the French king Charles V in the XIV century. Much work had to be done, beginning with building in windows to put light on the premises. The walls were raised, new and old ceilings embellished.

The corridors and halls are indeed very spacious. Being accustomed only to the view of the main courtyard with pyramids, one does not comprehend how big this building is. As Louvre is located directly alongside the Seine, to see its true size it is good to take a look at the palace from the other side of the river.

The last king, who used Louvre as a royal residence was Louis XIV. As he moved to Versailles in 1682 he left the Louvre envisaging it as a place to display the royal collection. The museum as such opened a century later in 1793 during the French Revolution as a consequence of a decree by National Assembly.

The glass and metal pyramids in the main courtyard (a big one and three smaller ones) were built in 1989. Much controversy arose around them in the beginning, but with time somehow they had grown into the perspective. The big pyramid serves as the main entrance to the museum. It is used mainly by individual visitors. Organized groups are let in through another entrance at the right-wing of the palace (left-hand side if one faces the pyramids from the outside courtyard).

As Louvre is visited by thousands daily, the premises have been placed under additional security precautions. Inside one has to undergo a security check. There are also soldiers heavy-armed guarding the outer premises. (I did the picture below quite accidentally, but the view is indeed not unusual).

The hall under the pyramids is of a modern look. There are many souvenir shops inside. For a moment you can get a feeling that you are in a very stylish shopping mall.

As the sightseeing starts with exhibition halls that are elegant but of decent design, you do not have a shock of exchanging modernity into the opulent royal design. However, some parts of the palace are kept as they were in royal times. Trespassing the ballroom door is like being transferred to another era. Inside, you will find some fine objects to be admired including the crown jewels with the crown that belonged to Luis XV (all other French royal crowns were lost or destroyed in times of revolution). However, do not forget to look onto walls, ceilings, and doors. There are pieces of art themselves.

Below some photo impressions from the interiors and the collection (in random order). 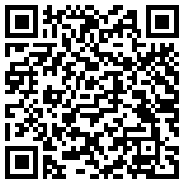