Spring just came to Madrid. Sunday evening people are in the streets, many at Puerta del Sol, the main city square.

Me, too. This time on my own. I went to grab a bite. As it was around eight, I asked around where to go to eat well at this hour. Most restaurants start the evening after nine. So I needed a place close to Puerta del Sol and open all day and evening. As I entered the recommended address, I did not expect that the restaurant may accommodate so many people I saw later on. I ordered the beef medium (del torro of course) and roasted potato, with a glass of red wine. For an aperitif, I was brought some kind of sparkling wine and some snacks. As I came in, it was not too many people inside, but around nine it was full, mainly with locals. It was a good sign.

My supper was great & delicious. The meat was a bit between rare and medium. I suppose there are a few other standards about it in Spain than those I am accustomed to. And I have learned something else, too. As I was proposed a roasted potato (the conversation with the waiter was in English), I assumed I ordered something like potatoes cut and baked. I was brought however one big sweet potato roasted in a foil, split and filled with cream. It was a bit of a surprise, but I already learned not to assume too much when traveling. For the good-bye, I was brought a plain desert and a small drink (free of charge).

It was a delicious evening at Puerta del Sol, Madrid.

A photo gallery on Madrid  >>> 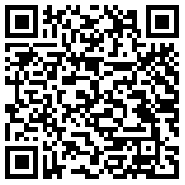