Don Quixote and Sancho Panza at the foot of the monument of Miguel de Cervantes Saavedra at Plaza de España in Madrid, Spain. The monument and the statue are a tribute to probably the most recognizable Spanish writer and his major work ‘El Ingenioso Hidalgo Don Quijote de la Mancha‘ published in 1615.

As I first looked at the statue, I had a feeling I saw it already. But for sure, it was not in any book, but live and not that far ago. It was not this one in Madrid. As I made this photo, I was the first time in this city. Yes, I remembered, I saw it in Brussels, precisely vis-a-vis the Bela Bartok (Hungarian composer) statue that I photographed several times on that day to use the perfect light conditions.

Back in the hotel, I compared the photo I made in Madrid with the one I made in Brussels last December. The statues were, indeed, exactly the same. The one in Brussels located at Place d’Espagne was created as the exact replica of the Madrid statue. 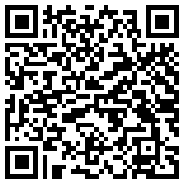