A couple of days ago, I joined yet another network feed that relies entirely on photographs. And, I quickly discovered functionality that with one click tests any photo on repeatability with those made by others. The test, which I promptly named ‘my Pinterest test’ is as revealing and blunt as it only can be. Any even original shot depicting a popular tourist attraction has its numerous duplicates on the Web. As there are some thumb rules on a photograph geometry, the layouts are repeatable, too.

In the copy and paste world, the repeatability is also true for web entries. For years I was tutoring students in writing their final papers before graduation. Copy and paste practice became a serious problem with emerging of the World Wide Web. There was a moment we were even equipped with software helping us to pick any kind of piracy in our students’ texts. When prepping this entry, which is a note on a visit to a place that is on the absolutely must-see list in Japan, I found numerous blog and web entries repeating the same information. With long-term practice in picking too long passages of exactly the same wording, I am sure I saw much copy and paste work here and there. I must say, however, I found one or two blog entries, where the authors did an excellent job (chapeau bas).

Now I stand before a travel blogger’s dilemma. I was to a place well described by all possible Internet resources. My photos do not hold the Pinterest test (are fully repeatable with those by many other photographers and bloggers). Yet the place is that kind of impressive that I want to write about that I saw. And I do not necessarily want to repeat all that what I read the last couple of hours on the Internet.

The place is Nara, a small town but also a province quite close to Kyoto, which was a location of seven temples famous for the Japanese Buddhist teachings. That time the province was the official seat of the Japanese emperors. Those were times as the Japanese emperor had real power. In later periods the actual power was with the shogun, who was the chief military, whereas the emperor had a symbolic role instead. And all of these happened already one thousand and two hundred years ago in the VIII century.

For different reasons that may be altogether summed up as a desire for divine protection, a big statue of Buddha was cast. The process took years, was labor-intensive and costly, and depleted the country’s bronze resources. The statue was partially recast a couple of times, but still, much of its structure is older than the oldest Gothic cathedrals in Europe! And it is told to be the biggest bronze statue of Buddha in the world. The statue was placed in a big wooden hall in the Tōdai-Ji temple, the so-called Great Buddha Hall. As in Japan, many old wooden buildings were destroyed by fire, earthquakes, or other disasters, the current structure, like many others, is not the original one. But still, it is more than three hundred years old. It is smaller than its predecessor. Still, until not a long time ago, it was classified as the biggest wooden building in the world. (It was dethroned in the late XX century by an American football stadium in Northern Japan). The (existing) main gate you have to cross to get to the temple area, the so-called Great South Gate, is even older than the existing Buddha hall. It was constructed in the XII century. If I had to look for a comparable site in Europe I saw recently in terms of age and symbolism (with of course a different religious context) I would point out the Mount Saint Michel monastery (>>>), that also origins in the VIII century. Besides the Great Buddha, there are at least six (to my recollection) other impressive statues of figures traditional for the Buddhist temples in the Tōdai-Ji temple complex. Two are at the Great South Gate and four inside the Great Hall.

But Nara is famous for yet another thing that brings much fun for visitors. It is 1,200 deers walking freely around the park complex (that covers quite a huge area), but also the surrounding streets. Deers are accustomed to people, which is a genuinely great and pleasant experience. Imagine a group of people and a group of deers together crossing a street on a zebra.

The Nara deers have a divine status. There were even times as harming them was punishable by death.

There are many stands in the park where you can buy particular kinds of wafers, with which it is allowed to feed the deers. The stands belong to the authorities managing the complex. The feeding is hence fully legal, provided you use those wafers and not other food. But once you have the crackers in your hand, you will have a few deers around you keen to catch apiece. Much fun is guaranteed, but watch your hands against bites.

To get to the Tōdai-Ji temple from the Nara railway station, we can either walk a street or cross the park area. I would recommend the park because of the deer experience. To get to the temple area, we have to cross the Great South Gate. Crossing the gate do not forget the two figures that stand inside the corners, even if they are ring-fenced by a dense net. They are crucial to the Buddhist traditions. The figures called Nio, are ugly and muscled. According to one of the legends Nio used to follow Buddha and protected him. Those in the gate were carved in the XII century.

The southern gate is the first stop on the way to the temple complex. Behind it, there is a lake (Japanese: ponds) full of carps. Most of them are grey, but some are orange /gold. Carps are a vital part of the Japanese symbolism. They can get upstream, a feature that is treated as a sign of strength and vitality, and some other virtues. As far as I can recall in each of the temple complexes we visited in Japan, there where were ponds it was full of carps.

The next stop is yet another gate. It is not open in front. To buy the entry ticket and enter the complex, you go to a door on its left-hand side. The exit is at its right side. Close to the exits, there are souvenir stands. I quite rarely look for souvenirs, but to my recollection, the stands there had quite an interesting offer.

Below the upfront view onto the Great Buddha Hall. I did this photo standing with my back to the middle of the gate on the upper picture.

All Japanese temples, no matter Buddhist (came to Japan from continental Asia) or Shinto (indigenous Japanese religion or rather belief system) is equipped with a symbolic cleansing facility. The cleansing may happen through the usage of water, fumes, sand, etc. In Tōdai-Ji this is a fuming ritual.

And finally, the Great Buddha.  The statue is of bronze, the seat is of gold. The temple web page states that some parts of the Buddha were x-rayed. Several artifacts, things that probably belonged to the emperor that commissioned the cast were seemingly melted into one of the knees.

To his left, a smaller Buddha statue. Yet another one is located to the right.

After paying respect to Buddha, lighting a candle, the visitors are guided to take a route around inside of the Great Hall. Of things interesting to me were two statues of the Great Hall guardians. The one on the picture below is called Komokuten. Secondly, there were several small wooden models on display showing the previous layouts of the temple complex, including pagodas (tiered towers), that were not rebuilt after the original buildings were destroyed. Kids may go through a hole in the bottom of one of the pillars that support the Great Hall. This should provide them with a prosperous life. Finally, as in many temples around Japan, you can buy there various kinds of charms and religious accessories. These will be luck charms in the form of protective amulets, wooden votive plaques that you hang on special stands, or fortune-telling pieces (rolls of paper) that you take home when the telling is positive, and leave in the temple when it is negative  (>>>).

We visited Japan without a guide, and I think in most places we saw a guided tour was not necessary. But if I had to revisit Nara, I would book a guide to listen to historical and religious explanations. 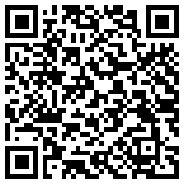