Glamis? A thought? The first association by anybody, who coped with obligatory stuff in international literature while at school, will be with William Shakespeare and his prominent work ‘Macbeth’. The plot is somewhat fictional. But, there was indeed a king of Scots with the name of Duncan (or in Gaelic: Donnchad mac Crinain) and a king of Scots with the name Macbeth (in Gaelic: Mac Bethad mac Findlaích). Macbeth succeeded Duncan at the Scottish throne. King Duncan died however on a battlefield (in August 1040) and not like in Shakespeare’s drama plot murdered in his sleep by his successor in the Glamis castle.

But in fact, there is a castle in Glamis that in past times before it was rebuilt in XVII and XVIII centuries was a fortress worthy of kings. The castle was built in the late XIV century as the seat of the 1st Thane of Glamis, John Lyon, a nobleman of the French or Norman origin, who married a daughter of a Scottish king.

The very view onto the Glamis castle as it looks like today.

It is not allowed to take photos of the interiors. Many of its chambers are indeed very impressive and simultaneously home like.

In present times, the place is mostly known as the birthplace of the Queen Mother (who died 2002), the mother to Queen Elisabeth II, the current British and Commonwealth monarch. The Queen Mother was born Elizabeth Bowes Lyon, the fourth daughter and altogether the ninth child to the Scottish Earl of Strathmore and Kinghorne. His family seat has traditionally been the Glamis castle. The Earls of Strathmore and Kinghorne are in the straight line descendants of John Lyon, who was given Glamis by a Scottish king. Elizabeth married the famous Bertie, the Duke of York (the second son of the British King). For her husband’s elder brother abdicated for an ‘unroyal’ love, she became the Queen Consort (the King’s wife). Remember the film ‘The King’s Speech’ (2010) with Colin Firth, Geoffrey Rush, and Helena Bonham Carter?

While writing this entry, I was wondering why a daughter of a Scottish Earl, whose title was given through ages unbroken from father to son, had a maiden name consisting of the parts Bowes and Lyon. Unlike in the case of titles given to male heads of the family (here among others Strathmore and Kinghorne) that could have just been granted by a king, a sudden change of the last name of a noble house seemed to be rather unusual. And it was indeed. One of the Earls married a certain Mary Eleanor Bowes, a very affluent businessman’s daughter. In his will, her father, who made his money on mining, stipulated a condition for the bequest. If she was to marry and inherit the money, her future husband was supposed to accept her last name as his own. To meet the condition, the Earl had to ask the English Parliament for permission, which he was finally given. The family last name changed from Lyon to Lyon Bowes. Thank to this Lady and her bequest, the castle and its surroundings could have been generously reshaped.

The royal mementos displayed in the Glamis castle.

On our journey to Scotland, we stopped only for a short visit to the castle. For it is forbidden to make shots of the interiors (the only exception is the room with the royal mementos), we quite quickly went through all chambers that are open to tourists. On our way, we were told stories of ghosts that haunt in the castle. One of them was a child of the family, who was born mutilated, finally bricked up in one of the castle chambers. The other one was a family member (nicknamed Earl Beardie), who was supposed to sell his soul to a devil so that he can play cards till doomsday, with the devil himself. Both stories are not confirmed. But there is also a story of one of the family members, a certain Lady Janet, who was burned at stake for witchcraft. Lady Janet, the wife to one of the Lords of the Lyon family, is, however, a real and confirmed historical figure. She was indeed burned at stake, but rather for political reasons and revenge on her family. The final order was given by James V of Scotland, father to Mary, Queen of Scots, otherwise known as Mary Stewart. 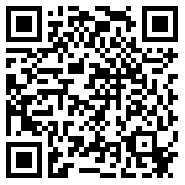