Stirling Castle was a seat of Scottish kings (see map). It was built originally in the XIIth century. Throughout history, during the Scottish wars of independence, it fell many times into English hands. Once, it was retaken in a battle led by William Wallace, a Scottish hero (played by Mel Gibson in Braveheart). Sometime later by Robert the Bruce. The latter was the Scottish king, the one, who in fact was nicknamed the Braveheart. Contrary to historical annals, in the film, it was William Wallace, not Robert the Bruce called by this name.

The castle as we can admire it today was constructed in XVth, XVIth, XVIIth and early XVIIIth century by successful additions of new premises inside and outside the castle defensive walls. It was mostly in times as it served as the Scottish royal residence.

Later on, the Stirling castle served as an army barrack and a military depot. From the mid-XXth century, much effort had been given to restore the interiors so that they can provide at least a grasp of medieval life. The restored chambers have been opened since 2011.

The internal yard of the Stirling Castle

I must say I enjoyed the sightseeing in Stirling Castle very much. Usually, when visiting castles, you are let in, and go along a predefined route, with no return possibilities. Stirling is organized more openly. You can enjoy it outdoors as well as indoors, freely moving around. Of course, in royal chambers, you follow a defined route entering by one door and leaving by another. By you can return to previous chambers if you want to.  It is also possible to make the route once again as the order, in which you visit the castle premises is up to you.

Of the interiors, you can visit the royal lodgings. The chambers are restored, but only a few of them contain furniture so that you can see how it was in the past. Besides the furniture, you can admire hand-woven tapestries. This is not the originals. Still, they had been reconstructed recently to recapture the atmosphere of the Scottish royal court.

During our visit, there were at least three guides inside, each working in another chamber, wearing dedicated clothing and patiently answering questions asked by visitors.

The part of the building, where the royal lodgings are located, was turned into a small museum showing not only the history of the castle but also giving insights into the history of Scotland.

A part of the castle I found interesting was the kitchen, fully equipped, with wax figures and food replicas. We arrived at the Stirling castle in the very morning to enter among the first groups on the opening. I left my fellows and somehow found my way to the kitchens. I had around twenty minutes being alone there, so making clean photos was quite easy. Later in royal chambers, taking clean photos turned out to be difficult as the chambers were full of visitors. 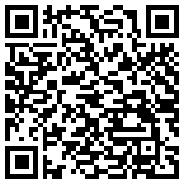